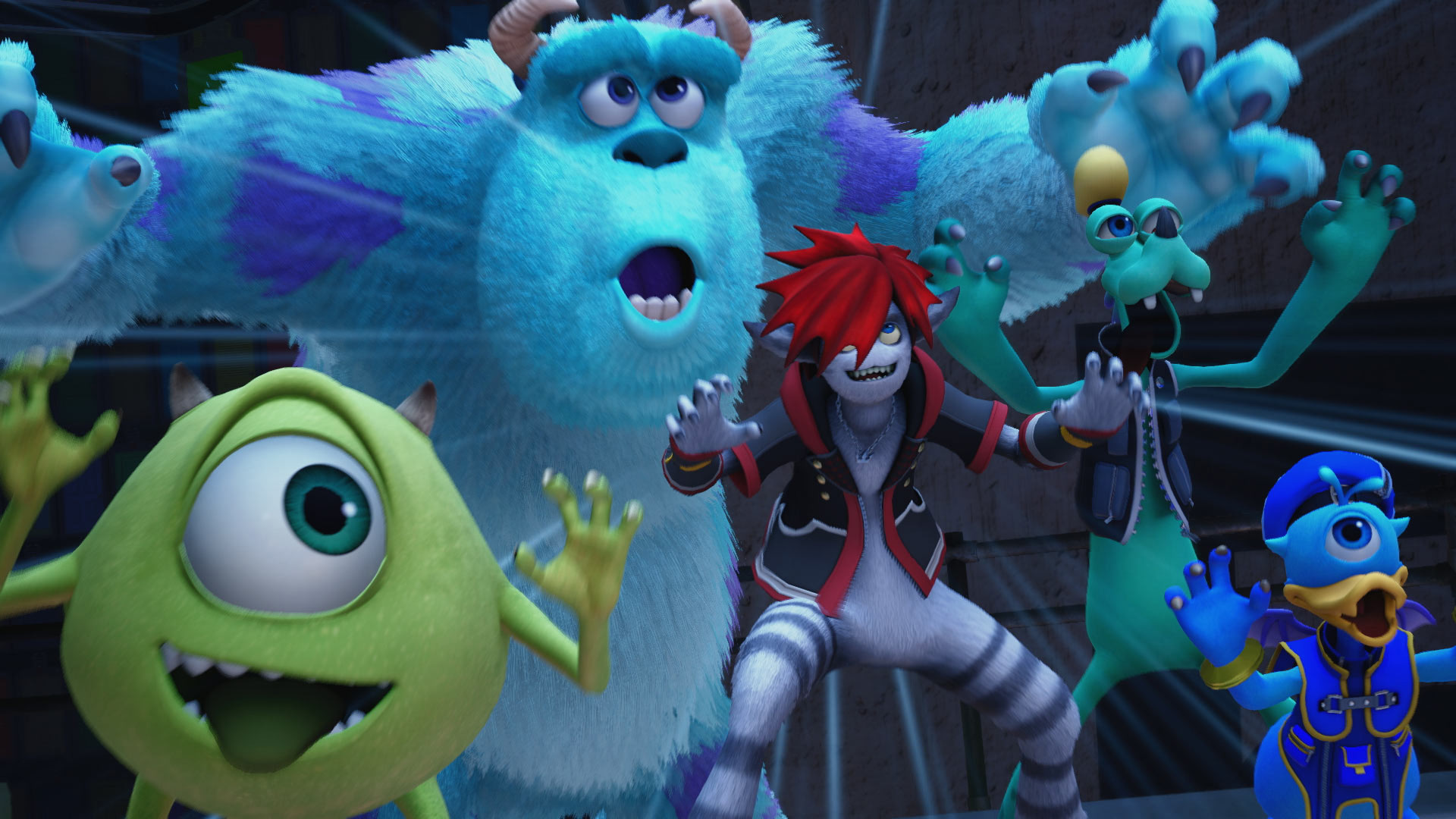 🎵 If we listen to each other’s heart, we’ll find we’re never too far apart 🎵

Kingdom Hearts III has arrived at last. Long-time fans can pick up where they left off back when they were likely much different people than they are today. First-timers like me are in for a madcap ride.

I haven’t touched any of the main Kingdom Hearts games or the spin-offs. I haven’t consulted the wikis, or even absorbed any pertinent details from the sidelines. Yes, folks, it’s happening: I’m leaping headfirst into Kingdom Hearts III and I feel as if I’ve just jumped without a parachute, Point Break-style. There’s no going back now that Pandora’s box is open, but in a way, my blissful ignorance is freeing.

I don’t have to fret over the particulars of the ongoing story. I’m here for the Disney Stuff, not the Black Cloak Stuff, and I’ll tolerate a whole lotta well-meaning nonsense along the way if that’s what it takes.

One early revelation came when I learned for the first time in my humble life that Donald Duck is an honest-to-god “magician” in this universe. No joke, that’s my starting point, which surely falls in the category of “you don’t even know what you don’t know.” I watched the Memory Archives story refresher, I nodded along to this live-action video at the behest of Ray and Dan, and I’m all cozy. It’s time.

Whether you’re totally fresh-faced like me or you’ve been rushing to “catch up” with the series in preparation for this fateful day, let’s hear it: how are you getting along with Kingdom Hearts III?

Feb. 20 Update: Now that we’ve had more time to invest in the game and some of you have reached the credits, I figured y’all might have additional thoughts about Kingdom Hearts III. How are you feeling?

For my part, I just heard Elsa sing “Let it Go,” so yeah, I have a long road ahead of me still. Or at least it sure feels that way. Earlier on, I felt anxious that I was glossing over certain elements (crafting and the Gummi Ship in particular) or not absorbing each world to its fullest extent, but I’ve since mellowed out. Kingdom Hearts III hits the spot when I commit to it in occasional multi-hour chunks. I find myself noticeably more engaged (and forgiving) when I allow the game that kind of breathing room. That’s true of a lot of things in life, and with the sheer amount of stuff in Kingdom Hearts III, it’s extra true here.

Also — and let me remind you this is a Judgment Free Zone — I couldn’t resist peeking at Chris Hovermale’s Disney world rankings. I am beyond stoked to get to the Pirates of the Caribbean world despite not seeing the last two (the last three?) movies. It seems like aside from Toy Box being near-universally loved, everyone has their own diverging take on which zones are the best and worst.

I’ll continue chipping away at Kingdom Hearts III for weeks to come. It’s helping me de-stress.