[This week Tomopop is sponsored by Sword Art Online! The following article is an advertisement.]

In the year 2022, the brilliant scientist Akihiko Kayaba developed the first full dive VR MMORPG, SWORD ART ONLINE. However, it turns out that logging out before the game is cleared is impossible…A Game Over means “Death” in the real world, and the only way to clear the game is to conquer the 100 floors of Aincrad. In the original Anime series, the storyline follows the teenager Kirito. But in SWORD ART ONLINE: Integral Factor, you will be the one to conquer and change the outcome of the game.

That’s what makes new mobile game SWORD ART ONLINE: Integral Factor so ingenious. It’s a SWORD ART ONLINE RPG that occasionally crosses over with the events familiar from the novel and anime, but allows fans – and newcomers – to discover the world of the anime for themselves. Instead of forcing you to follow Kirito’s well-trodden footsteps it instead goes right back to the start of the timeline and casts you – and thousands of other players – as the other people trapped inside the game. Kirito is out there somewhere, doing his thing, but meanwhile the big question is how are you going to survive?

For fans it’s the perfect spin-off. You get to inhabit the same world as your favorite characters, and can seek out the secrets and references that tie in with the existing story. But if you’ve never read or watched SWORD ART ONLINE, it doesn’t matter – all the characters are experiencing it for the first time as well, so there’s nothing to catch up on.

“We wanted the player to project themselves onto the main character,” says the game’s producer. “Since this game is based on how the user themselves can navigate through the story, we intentionally intended not to focus too much on the anime characters. There were a lot of other players other than Kirito that had a big impact in the SAO world, and we really want the players to co-operate with different characters and become one of them.” 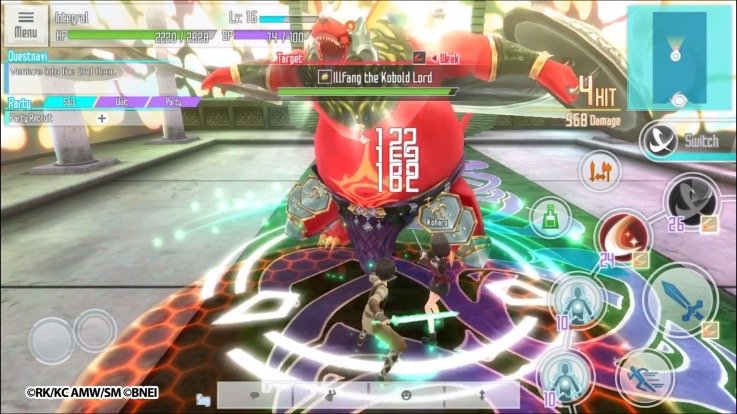 SWORD ART ONLINE: Integral Factor is also adding features to help you work together with fellow players, just as Kirito did. Guilds are being implemented in the game from April 26, so up to 30 people can join forces, create their own emblem and collaborate to battle through Aincrad together. There are also daily bonus quests to earn more XP and crafting materials, for those who want to speed their progression, and more floors are being added to Aincrad all the time, with the latest bringing a forest world and a Chaos Boss to the game.

“Fans of the original anime or novels will definitely enjoy the game,” say the producers, “but even if you didn’t know the anime, it’s a game that can be enjoyed by anyone because it features original characters and storylines.” 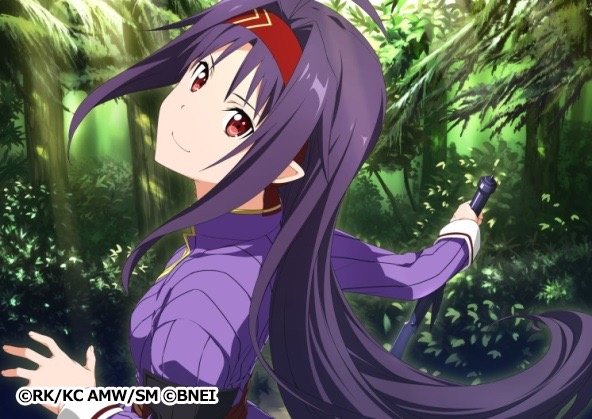 SWORD ART ONLINE: Integral Factor is available now for iOS and Android. There’s also an avatar design contest running on the official Facebook page, with the chance to see your creation included in the game!