This publication is sponsored by the word ‘Gruntled’

This year was a good yet weird period of gaming for me, for many reasons. The weirdest one is that I’ve tightened my personal gaming budget so much that I’ve barely played any of this year’s brand new games, including several I’ve been looking forward to. This gave me the chance to dive into many games I missed last year, and to revisit some that I did play but still wanted second helpings of. Thankfully for me, many of 2017’s greatest releases got second helpings in 2018.

Be it thanks to rereleases, DLC, or other new developments of interest, games worth playing these days rarely stay confined to a single release year. It’s too easy to get caught in the tidal wave of hype and buy a game you’ll forget about a week after release, but the best games remain great to explore an entire year after their launches. I want to discuss why the games I played this year were worth picking up back when they first came out and what made them particularly relevant this year. 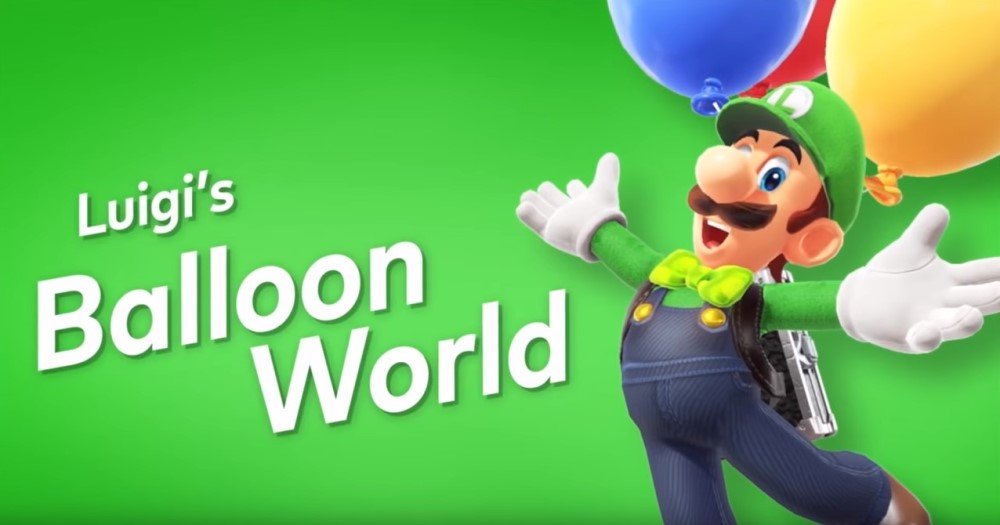 I already wrote a big piece about why I love Odyssey’s post-launch support, so let’s cut to the chase. Even though I first expected much more ambitious paid content à la Breath of the Wild’s DLC, I love Odyssey’s smaller year-round freebies because they build upon the base game’s strengths in many little ways. This included more creative costumes and camera filters, more tiny prizes to solve via Hint Art puzzles, and even a brand new mode that addressed my sole major concern with the base game (grinding for coins). 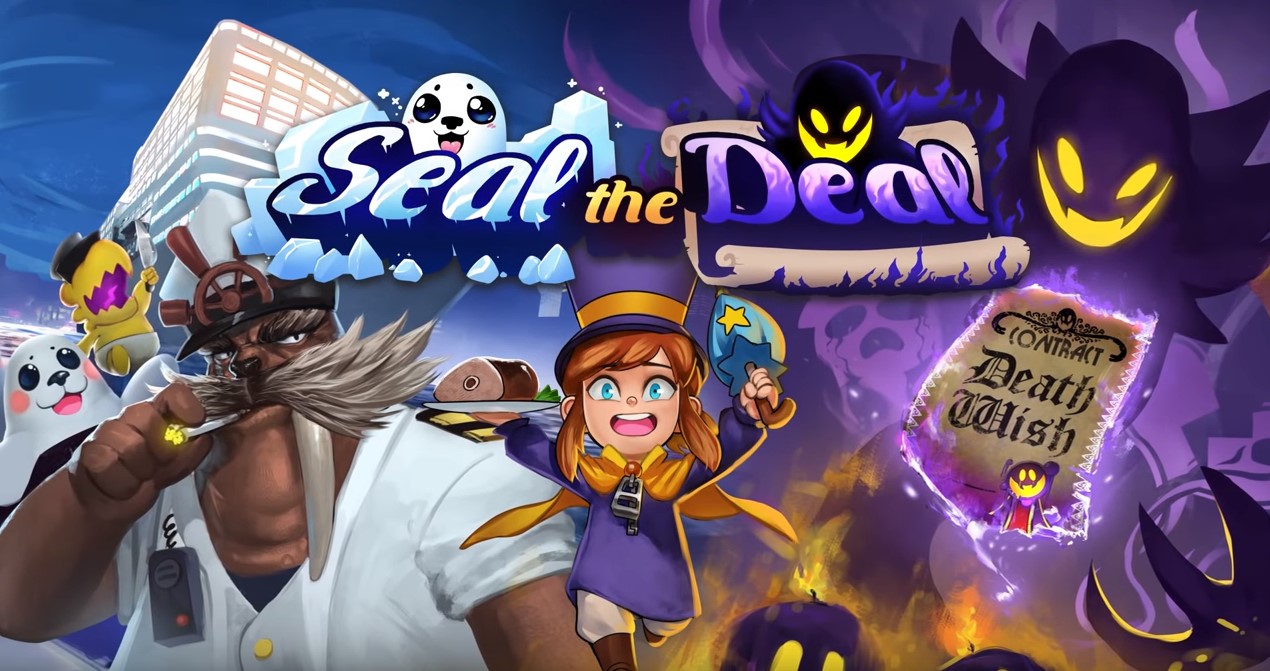 Honestly, I have some conflicting feelings about A Hat in Time that makes putting it on this list a little tricky. As a PS4 player, I’ve become disappointed in how lacking this version is relative to the PC one. The PS4 version has several bugs I don’t see elsewhere, it doesn’t seem to be getting the Seal the Deal DLC that came out this September, and it doesn’t even have a smooch button. It’s especially disheartening because Gears for Breakfast has said so little on this matter.

And yet when I played this inferior version back in April, it felt like one of the best games I’ve ever played. Even though Seal the Deal remains out of my reach, all of the stuff I loved about it still applies nonetheless. I urge you to pick up A Hat in Time‘s PC version in case you want an extra spicy helping of more Hat Kid, and if that isn’t an option, I recommend getting any version.

This is one of the most humorous and adorable games I’ve ever had the pleasure to feast my eyes on. I swear half of this game’s writing and design is the devs doing whatever they feel like for the fun of it, and their fun rubbed off on me. The running and jumping and diving flow so well into each other, all wrapped up in a ribbon of physics that feels right for precision platforming, speedy sprinting, and stuff ‘sploring alike. And the final chapter gave me a sense of excitement, anticipation, and closure that very few final bosses manage to give me these days.

It rekindled my excitement for 3D platformers in a way that even Super Mario Odyssey didn’t quite achieve. My criticisms above mostly amount to “I want more of this game,” which I wouldn’t want if it didn’t do so much right. I can only recommend this game even more if you can grab the paid Seal the Deal mini-expansion with an extra world, a plethora of challenges that stretches Hat Kid’s mobility to her limit, and (free) co-op! 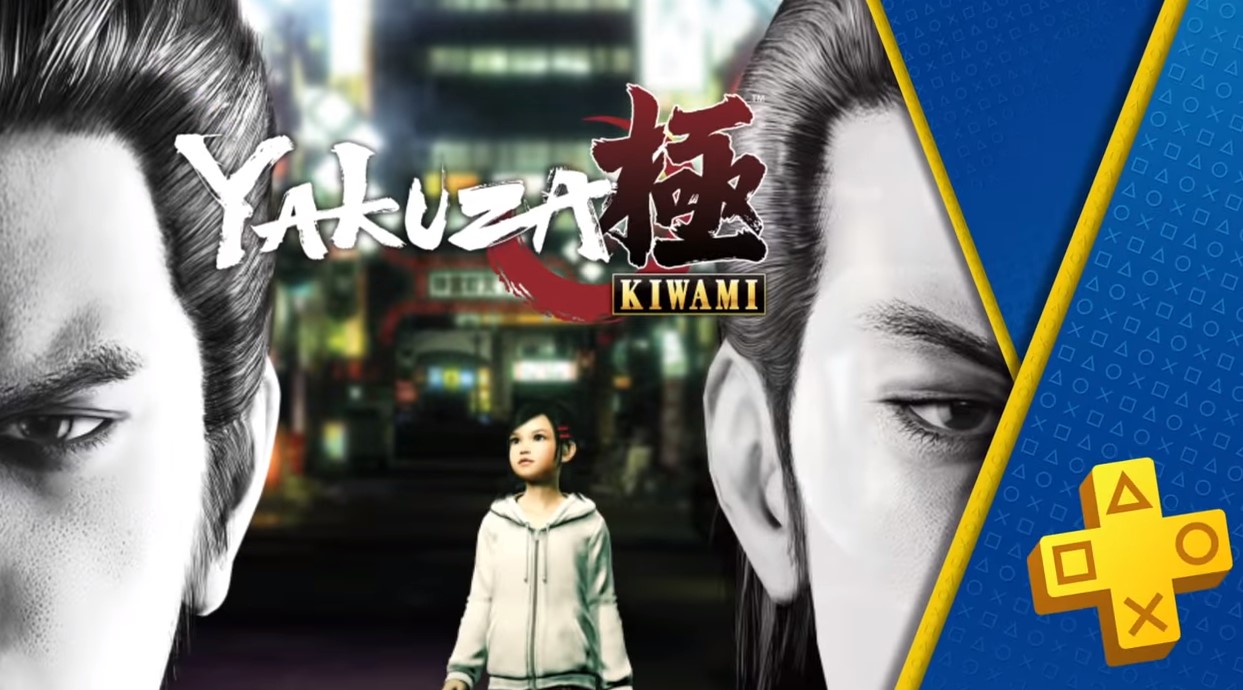 I’m in the camp that likes PlayStation Plus and many of the games it offers. I also have several problems with the service much like Nintendo’s online subscription plan except not quite as bad, but that’s a tangent I’d like to discuss in the future if we can avoid hitting the same points we’ve already beaten to death. For now, I want to emphasize that the PS Plus lineup helped me find plenty of games over the years that may have otherwise evaded my budget. This system is good at introducing older games into a public that may have forgotten them, some more worth the attention than others, but the most worthy of all was easily last month’s Yakuza Kiwami.

If I didn’t know that Kiwami was a remake of the first Yakuza game before I played it, I would have a hard time being convinced that it was. For all I know about this beloved series, I knew pretty much nothing about the original aside from how it set the standards that later games in the series would repeatedly live up to. Its gameplay borrows dozens of deeper and more exciting mechanics from later games, and its stories continue plotlines that started in the as-of-then recently released Yakuza 0. And Majima is indeed everywhere, which sounds less like praising an addition and more like stating a fact until you learn that more Majima is a good amount of Majima. I didn’t think much of this mechanic at the start, and by the end I was simultaneously delighted by and dreading his constant shenanigans.

Kiwami doesn’t feel remotely old. Almost everything on display is either part of a foundation that aged well, or something new that builds upon areas where time and technology limited that foundation. It’s an all-around fantastic game, and the fact that it was offered for free just last month — presumably to tie in with Yakuza Kiwami 2’s release mere months ago — was an excellent move towards a series that once struggled to even get into Western shelves. Yakuza doesn’t need that kind of push these days, but this gesture is a reminder that PS Plus could be so much more if it highlighted more critical hits that just didn’t pull in the sales numbers.

I actually played the PS4 version instead, but that’s beside the point. This Switch port made a wave for less pleasant reasons than most, and I can’t deny many things about it felt more amateur-ish than you’d expect from Zeboyd’s resume. It’s missing some essential RPG conventions like a key item menu or a sidequest log. There’s also plenty of glitches, though mostly harmless prop clipping errors or one-time event triggers repeating after they no longer produce a new result. Weird stuff, but the only glitch that hurts gameplay is this one late-game turn order HUD glitch that makes strategizing mildly harder than it’s meant to be.

Despite this laundry list of problems, I can somehow agree it earned the 7.5 review score McClusky gave it, and I would personally rate it higher if even a part of this list was addressed. Cosmic Star Heroine’s meat and potatoes left me that gruntled. In addition to its energetic balance of Saturday morning cartoon drama and humor (mostly humor), it offers a unique spin on JRPG gameplay that challenges me in ways unlike any other traditional RPG system ever has. Its myriad of systems are simple enough by themselves that they’re easy to learn, but they fit together into a battle system where thinking several turns ahead always feels important and rewarding.

I’ve been playing on the second hardest difficulty, and even generic battles earned my interest and attention. This has the side effect of making it arguably more draining in long sessions, which burned me out a bit, but I consider it a worthy trade-off for a system so refreshing and fun that I always look forward to random encounters in a new map. Give it the Switch’s portability, and you have a great foundation for a turn-based RPG to play in short bursts. Also, it’s oozing with influence from Phantasy Star, so I can pretend it’s a new Phantasy Star game in the West. 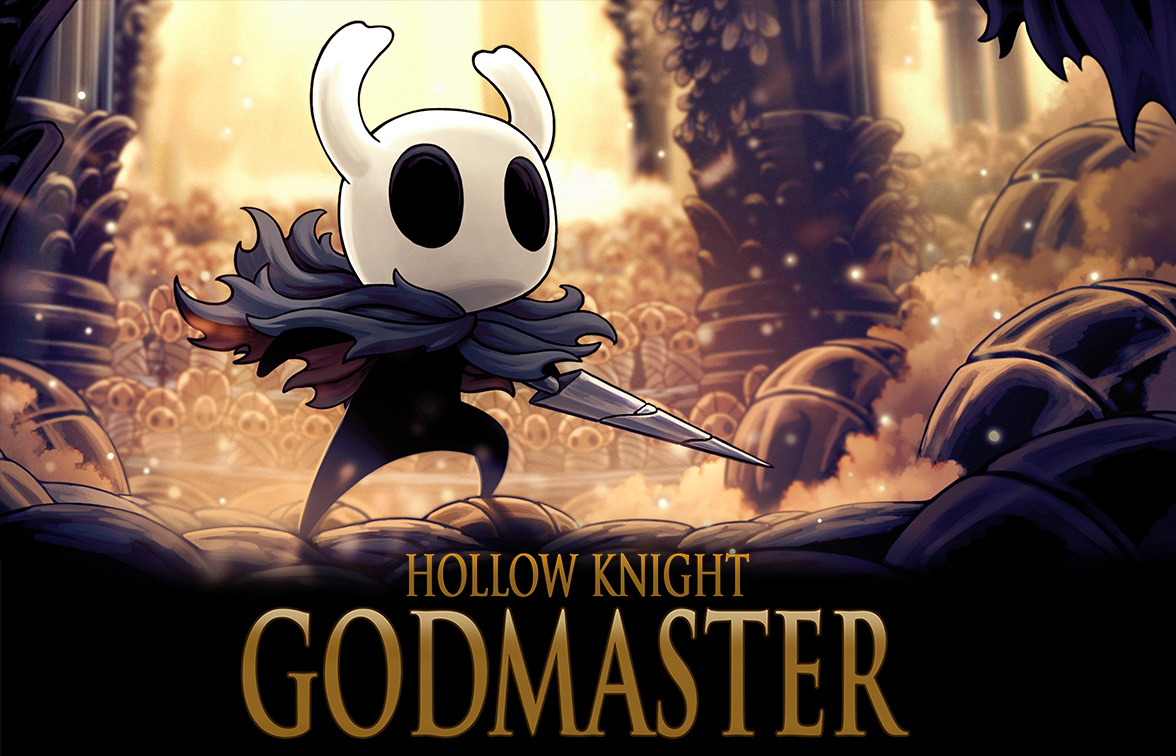 Game of Both Years — Hollow Knight

This was probably a little obvious coming from me, but let’s put that aside. Looking at it through a critical lens, the biggest complaint I have against Hollow Knight is “bosses are sometimes annoyingly fast and tough,” and that’s pretty much my only problem. An especially subjective criticism for a game designed to invoke a sense of dread, make you feel like a little stranger in a big world, and reward players for thoroughly learning every enemy. It’s visually unnerving, yet charming and evocative. Combat is fast and responsive enough to feel great, yet it’s limited enough to require deliberation and caution and patience. Every corner of the map has some rewarding secret to discover. It enables explorers to chart their own paths into the great unknown that is Hallownest. Each power-up and piece of treasure feels like it is earned by wits or strategy rather than brute force or a stockpile of extra energy tanks.

Hollow Knight stands out above every other Metroidvania I’ve played because Team Cherry’s adventure iterates upon and draws out the best of the subgenre’s strengths and roots, all while clearly establishing its own unique but easily understood style. The Lifeblood update isn’t much special, but it adds dozens of neat little tweaks to polish everything up even further, including new mapping tools that made my endgame cleanup much more convenient. The Godmaster update is much special, adding unlimited access to every boss in the game with new difficulties, as well as new gauntlets that push one’s mastery over combat to its limit. I’ve still not completed this DLC, but it’s been a ton of fun challenging it and seeing my attempts improve over time!