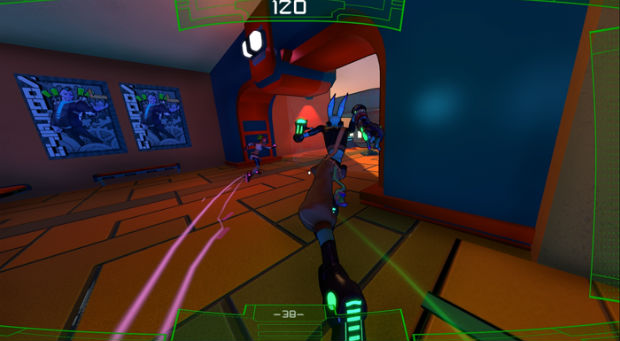 I generally don’t like to hype up games that I can’t play in their final form (especially Kickstarters), but every so often something catches my eye that makes me perk up a bit. Such is the Kickstarter for Hover, a game billed as a spiritual successor to Jet Set Radio and Mirror’s Edge. Yeah, I’m so in.

As we speak, the crowd effort has netted over $10,000 of its modest $38,000 goal, and it looks like its well on its way to getting funded, and then some. We’ll be keeping a close eye on this one for sure.