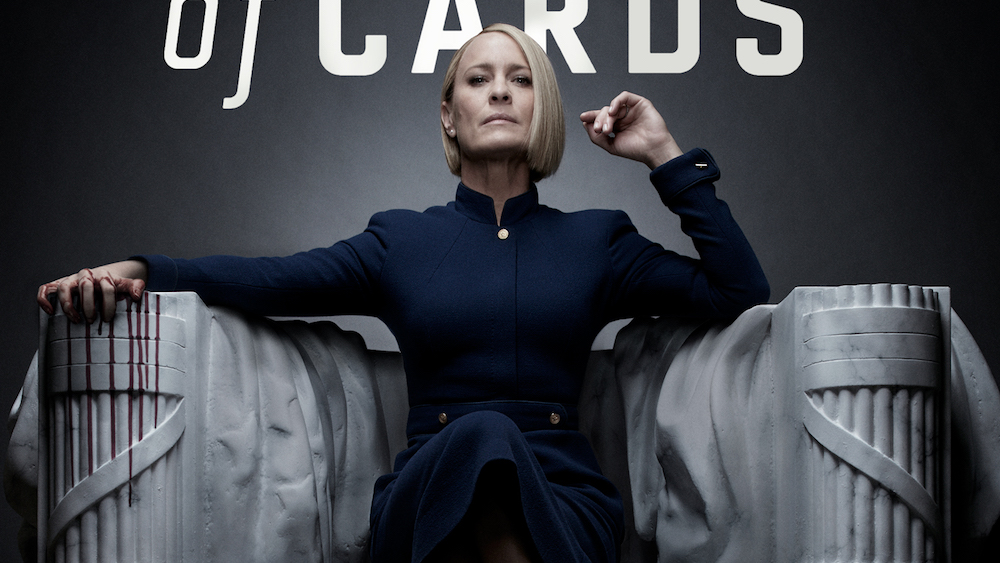 The long saga began after multiple allegations of sexual assault and harassment against Spacey came out, with incidents allegedly even taking place on the House of Cards set. Production was shut down, Spacey was fired as the lead actor (and as a producer), and eight new episodes for the now-final season had to be hastily written with Robin Wright as the lead.

The show has become increasingly cartoony and absurd in the past couple of seasons—presumably to compete with the absurdity of real life. As this is the show’s last season, here’s hoping that Wright leads the show in sticking the landing for this once prestigious program.

Check out the poster (which mirrors the poster for the very first season) and some new stills in the gallery below.

Filed under... #Film or TV#Flixist#Netflix#Television