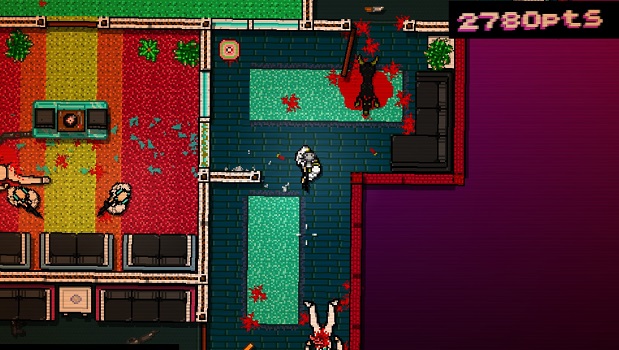 Still no word on a release date for the sequel

I know one of the ways I’m going to fill the gap between now and the release of Hotline Miami 2 later this year is…. by playing more Hotline Miami. Especially now as Devolver Digital is releasing the original Hotline Miami on PS4; while the brutal murderthon was already on PS3 and Vita, this is the game’s first appearance on a newer console.

Although there’s no real change to the game (not that it needed any), there’s been a few tweaks to take into account some of the extra functionality of the DualShock 4. For instance, it can be shaken to perform execution moves which you’ll hear the nasty results of through the speaker on the controller. You’ll also be able to target enemies using the touch pad, something the Vita version has already implemented.

Hotline Miami is going to be released on PS4 on August 19 and hopefully we’ll get a firm release date for its sequel soon. I’m getting the murder shakes again!