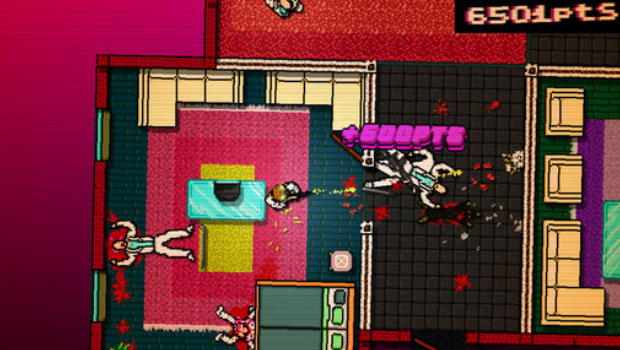 He’s got no money, for Christ’s sake!

Jonatan Söderström has no cash, and really needs to make some money off the back of his recently released Hotline Miami. However, rather than fight pirates in the same way those similarly penniless multi-million dollar publishers do, he’s actually decided to help illegal downloads get his game more easily.

Söderström admitted on Twitter that, while he doesn’t want people to pirate his game, he can’t really stop anybody who’d be willing to sidestep dishing out $9.99. To that end, he announced to the Pirate Bay community that he was working on a small update to the game, and it would be “great if you could update the torrent when the patch is out!” He said he just wants people to enjoy a bug-free game.

“I’ve been broke the last couple of months,” he confessed on Twitter. “It sucks. And I definitely want people to experience the game the way it’s meant to be experienced. No matter how they got a hold of it.”

The cynic in me says this is the perfect way for a developer to exploit piracy for his own good marketing. Everybody loves a game maker who’s classy enough to embrace piracy, and this is a terrific way to score good publicity off the back of those ripping him off. To that end, I hope it works for him.

Pirating an indie developer for the want of ten bucks is a really crap thing to do, I feel. Best of luck to Söderström.