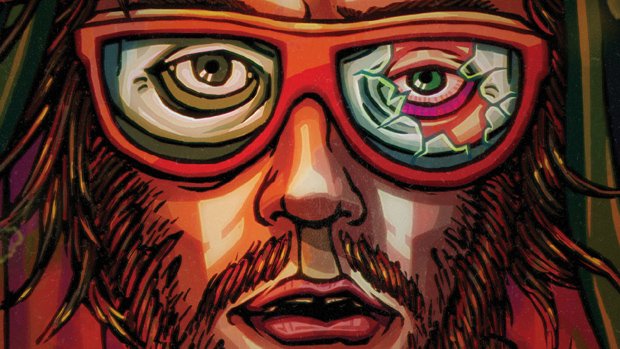 Hotline Miami 2 has been refused classification in Australia, primarily due to a rape scene. Before we dig into the meat of the news, be warned this article contains a pretty graphic description of rape.

With that out the way, yes, Hotline Miami 2 has been refused classification in Australia, which in essence means it will not receive a physical release as the vast majority of retailers in the country will refuse to carry it. Think about this like the AO rating Manhunt 2 originally received in North America .

Also, the three major console manufacturers will not sell digital copies of a game that has been refused classification. To be clear, this would not stop developer Devolver Digital from selling the game online. This isn’t censorship of Hotline Miami 2, as there are still avenues where Devolver could choose to sell it in its current form to Australian consumers, but it’s a pretty strong bet it will still force the developers to change the game. It’s not censorship, but will probably have the same effect if the developers want the game to sell.

Right, let’s dig into the classification report and its description of the scene in question:

In the sequence of game play footage titled Midnight Animal, the protagonist character bursts into what appears to be a movie set and explicitly kills 4 people, who collapse to the floor in a pool of copious blood, often accompanied by blood splatter. After stomping on the head of a fifth male character, he strikes a female character wearing red underwear. She is knocked to the floor and is viewed lying face down in a pool of copious blood. The male character is viewed with his pants halfway down, partially exposing his buttocks. He is viewed pinning the female down by the arms and lying on top of her thrusting, implicitly raping her (either rear entry or anally) while her legs are viewed kicking as she struggles beneath him. This visual depiction of implied sexual violence is emphasized by it being mid-screen, with a red backdrop pulsating and the remainder of the screen being surrounded by black.

EDIT: Destructoid was contacted over Twitter by a PR representative at Devolver Digital who sent over the following statement. Devolver’s statement suggests the scene in question is the same rape scene from early demos of the game, further claiming the Australian ratings board exaggerated the scene and failed to give proper context.

We are aware of the recent report published by the Australian Classification Board in regards to Hotline Miami 2 and have been in communication with them. As such, we and Dennaton Games would like to clarify a few things:

Second, in response to the report itself, we are concerned and disappointed that a board of professionals tasked with evaluating and judging games fairly and honestly would stretch the facts to such a degree and issue a report that describes specific thrusting actions that are not simply present in the sequence in question and incorrectly portrays what was presented to them for review.

Though we have no plans to officially challenge the ruling, we stand by our developers, their creative vision for the storyline, its characters and the game and look forward to delivering Hotline Miami 2: Wrong Number to fans very soon.

The classification report goes on further to explain its decision:

The computer game is classified RC in accordance with the National Classification Code, Computer Games Table, 1. (a) as computer games that “depict, express or otherwise deal with matters of sex, drug misuse or addiction, crime, cruelty, violence or revolting or abhorrent phenomena in such a way that they offend against the standards of morality, decency and propriety generally accepted by reasonable adults to the extent that they should not be classified.”

At the moment it’s unclear how other countries’ ratings and classification boards will feel about the presence of the scene. Destructoid has reached out to Devolver Digital and to Dennaton’s Jonatan Söderström for comment and will update this story as necessary.