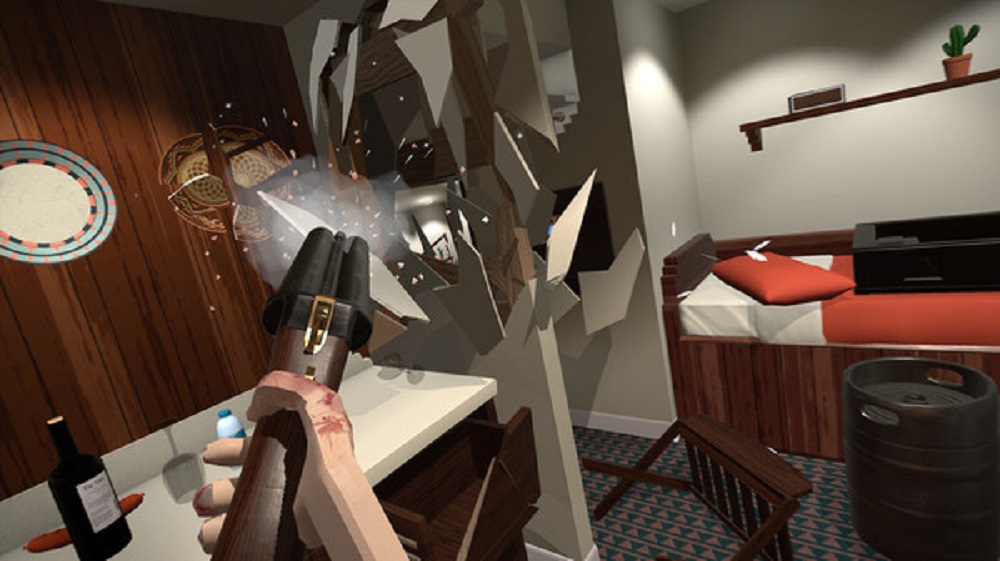 TV in the pool? Check.

If you ever wanted to live the life of an out-of-control rock star, then indie developer Wolf & Wood has you covered with Hotel R’n’R, an upcoming VR release that sees players in the boots of a failed musician, tasked by the devil themselves to destroy their hotel suite.

The trailer below, which looks like a weird mashup of The Prodigy’s Smack My Bitch Up and Dire Straits’ Money for Nothing, gives you a look at all of the furniture annihilating action.

Hotel R’n’R is coming later this year for VR platforms.