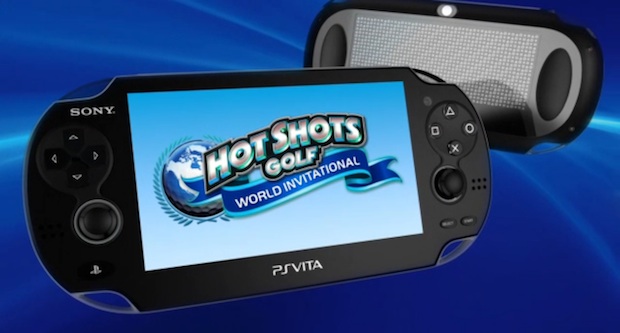 It looks like the Hot Shots Golf game for Vita finally has a name: World Invitational. I don’t care what they call it. Just take my money!

This new trailer shows off the game’s new touch functions. As someone that plays videogame golf just about every single day, I’m pretty jazzed about some of the touch features. There’s a pinch feature that lets you move your character by touching both the front and back screens at the same time as if you were picking your character up. Front touch and back touch let you adjust ball placement. That’s…the future!

The motion sensor lets you tilt the Vita on its side in portrait mode to get a better view down course. There’s also some silly augmented reality that lets you put your golfer in the real world.

Is it crazy that this is the launch game that I’m most excited about? Well, aside from Uncharted: Golden Abyss.