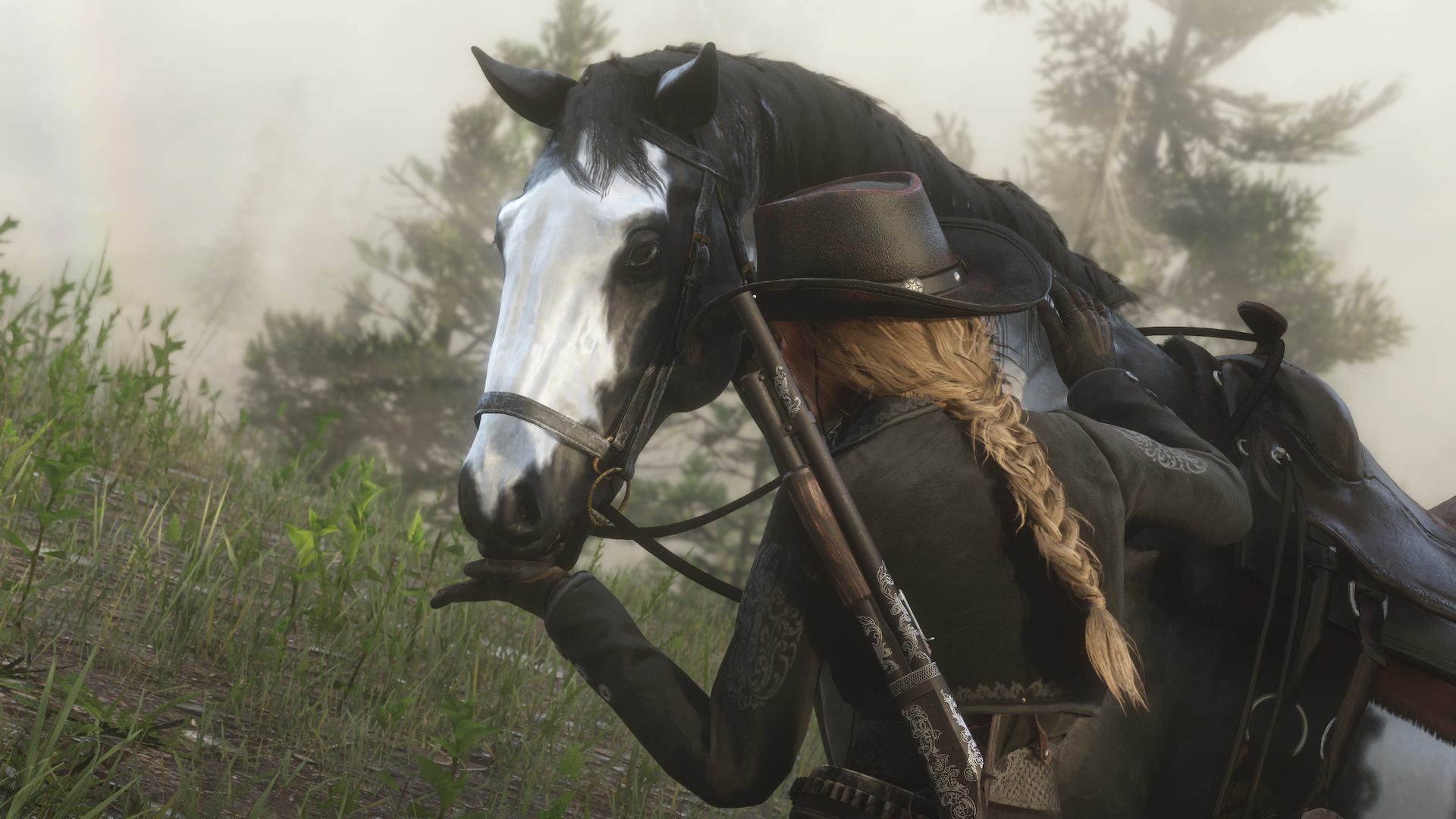 A virtual home on the range

As a former horse girl, there’s nothing I love more than seeing others lean into their love of all things equestrian. Calling someone a “horse girl” used to be a somewhat derogatory term, but has now been reclaimed as an identity, much like that of the “gamer.” In fact, gamers and horse girls actually have a lot in common — most obviously in that they are willing to show their passion and enthusiasm for the things that they love, and often find community in them. When I heard that there was a wholesome group of horse girls that had taken over Red Dead Online, I wasn’t surprised in the slightest.

PC Gamer’s Lauren Morton shared an article this morning about a group known as The Rift Trails, which hosts a Discord server of 1,690 members. The server began two years ago, just as the pandemic started, and was a place for quarantined horse-lovers to meet up and hang out when they couldn’t go and see their own horses in real life. Those in the group who played Red Dead suggested that they try a trail ride in-game, according to group member Chelsea Farace, and now the group hosts trail rides every day of the week.

Morton describes a ride that she participated in, and while I don’t even play Red Dead Online, it sounded so relaxing and fun, I might just have to download it for myself.

The group members seem to share this sentiment too, as one of Rift’s moderators, MU5K_0X, shared: “I have played many different games, but RDO is the only one that makes you feel any sort of attachment to your horse/partner in crime.”

That bond is one of the things I miss most about horseback riding, and it’s pretty amazing that a video game could capture such a complex human-animal relationship.

According to the Rift members, Red Dead Online is the best game for people who love horses because the animals have a mind of their own in-game, something that ironically annoys a lot of non-equestrian gamers.

In light of how awful the world has been recently, nothing comforts me more that there’s a group of horse girls (and other horse-loving people) who just casually ride through the trails of Red Dead Online, taking in the scenery and building community around it. If they can’t all be together doing what they love, doing it in a gorgeous game that seems to love horses as much as they do is the next best thing in my book.