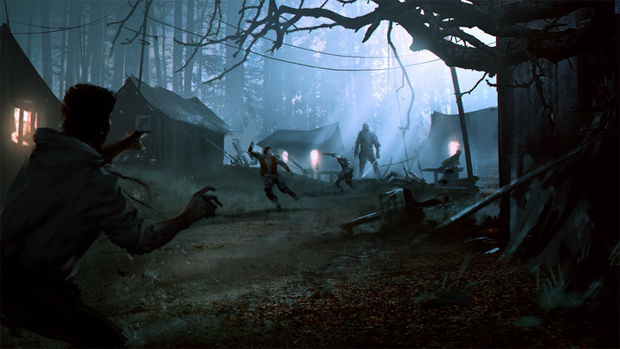 ‘Dibs on the killer’ – everyone

An asymmetrical multiplayer game inspired by horror movies in which several players are the survivors trying to escape and one person is the seemingly unstoppable, omniscient killer.

That’s an idea I’ve wanted to see brought to life for years now; it seems so cool in my head. Last Year, a first-person PC game on Kickstarter, comes close to matching my daydreams (though, admittedly, the pitch isn’t as far along as I would’ve liked; more of this, please).

The survivors, typical high school students with varying roles (medic, technician, etc.) have multiple methods of escape. Unfortunately for them, the killer can spawn in a new position when he’s not in their line of sight, and they start off split up and without weapons or supplies.

Could be great, depending on the execution. If the project doesn’t meet its rather low funding goal, I hope the creator revisits the concept at a later date.