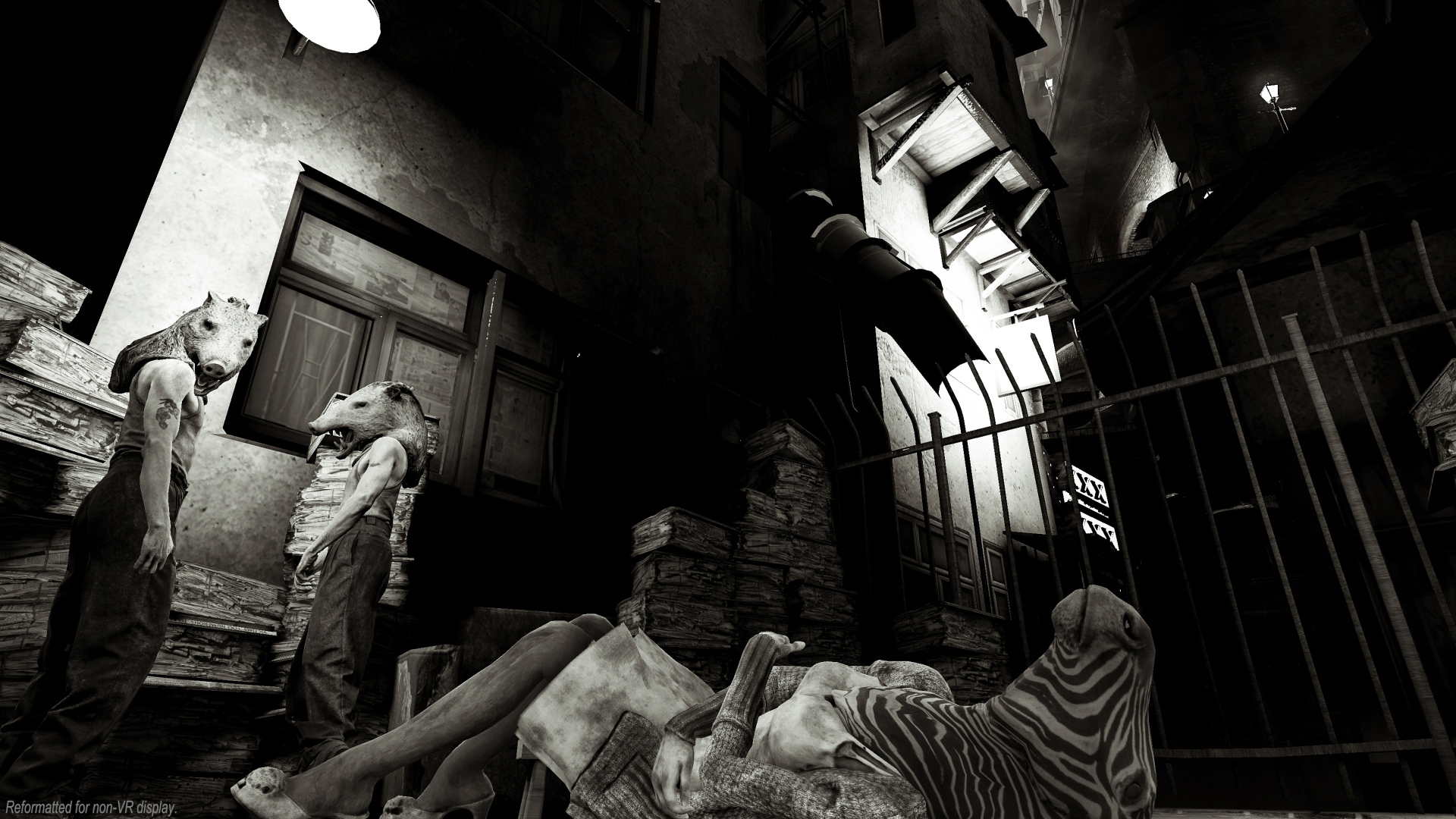 It’s somehow almost October, which will mean nights of AMC-approved horror flicks running in the background because I can’t be bothered to dig through my DVDs and, soon enough, PlayStation VR.

I’m now in the process of sorting through the PSVR launch list (October 13) and figuring out what’s obviously good, what shows promise, and what is liable to result in buyer’s remorse. I’d probably put this horror game, Here They Lie, in one of the latter categories (based on this trailer, anyway). This is actually our second time seeing it, though the first hardly counts given its obfuscation.

The Sony Santa Monica logo grabbed my attention, which led me to a cryptic blog post by developer Tangentlemen, and that pointed me to this weird-ass website. “We’re All Just Meat,” reads one totally correct excerpt. “The Lonely Flesh,” says another. “A Lucky Dissection.” Okay, pal, you’re starting to creep me out. I don’t know what any of it means in relation to Here They Lie, but bad things are brewing.