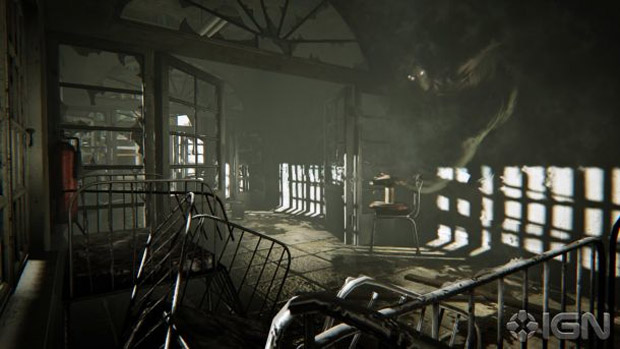 Blacklight Retribution developer Zombie Studios had previously shared a few details on its unnamed horror game, though there was a bit too much left to the imagination. As we now know via IGN, Daylight will utilize procedural generation and is intended to take around half an hour to play through once — but much more of a time investment will be required to experience everything.

Speaking to the outlet at the 2013 D.I.C.E. Summit, Jared Gerritzen said that “Different players will have a totally different experience. You’re essentially a rat in a cage, but the cage is an asylum and it’s scary as hell. You need to find your way out, and each time you do it it’s completely different.”

“We have so much content story-wise that it hopefully, whether the person manages to succeed to the end or not, will be an experience that they want to capture more of the story so they have to go back and replay, because each time you might be getting different story elements,” stated writer Jessica Chobot. “And over the course of that time, depending on how long you decide to play and what you find, it opens up the concept of the world a little more, the backstory, what your involvement is in it, how you find yourself here and whatnot.”

Most exciting to me is the fact that in Daylight, you’ll have a cellphone, and possibly flares to scare off Phantoms, but that’s about it — no real weapons. “You literally have to run away when a Phantom is attacking you, and those things are really interesting,” explained Gerritzen. The game will be $20 or less when it hits Steam this year, which seems like a good price point based on what we know thus far. Zombie expects to put out additional content for Daylight, such as “more systems” or “story elements,” down the road.