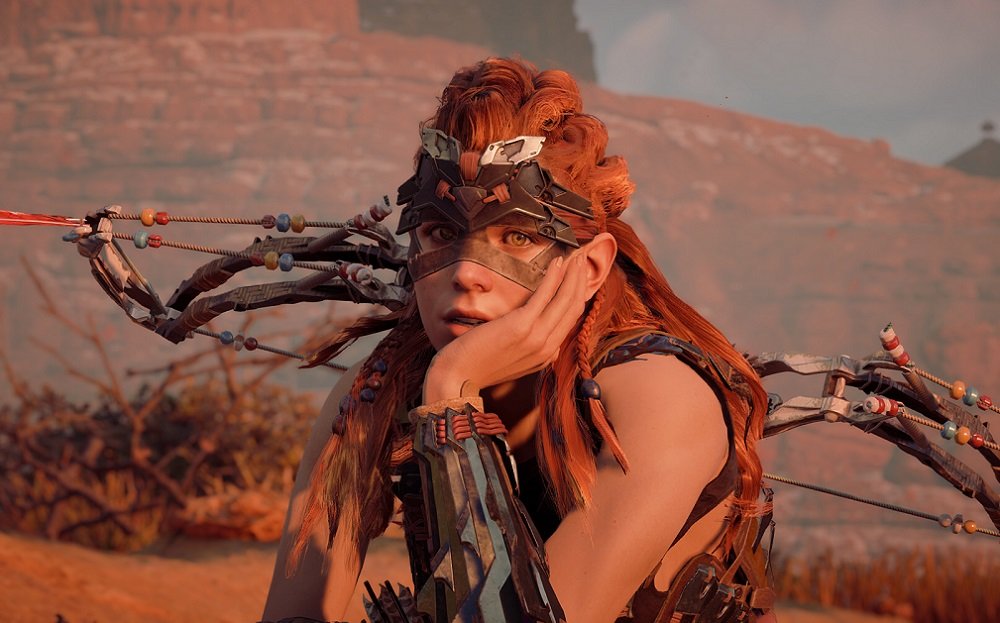 Aloy in preparations for another epic quest

This is hardly news we didn’t see coming, but Janina Gavankar, who some of you will know voices Iden Versio, protagonist of Star Wars Battlefront II, appears to have let slip that there is a sequel currently in development for Guerilla Games’ smash hit Horizon Zero Dawn.

Speaking with a fan at the Star Wars Celebration event yesterday, Gavankar (who also had a role in DLC add-on The Frozen Wilds) stated “Wait ’til you see the sequel. You’re gonna die – I know some secrets – you’re gonna die”, no doubt being metaphorical, as opposed to relaying some kind of terrifying premonition. The clip, which originally aired on Twitch, has been deleted, but has since showed up elsewhere.

Horizon Zero Dawn launched as PS4 exclusive back in 2017 and won over fans and critics with its lush fantasy world, combining the beauty of nature with intricate industrial technology. Praised for its unique combat and character performances, HZD would go on to shift over 10 million copies. While this reveal may be accidental, HZD’s success and climax, a sequel was always foregone conclusion.