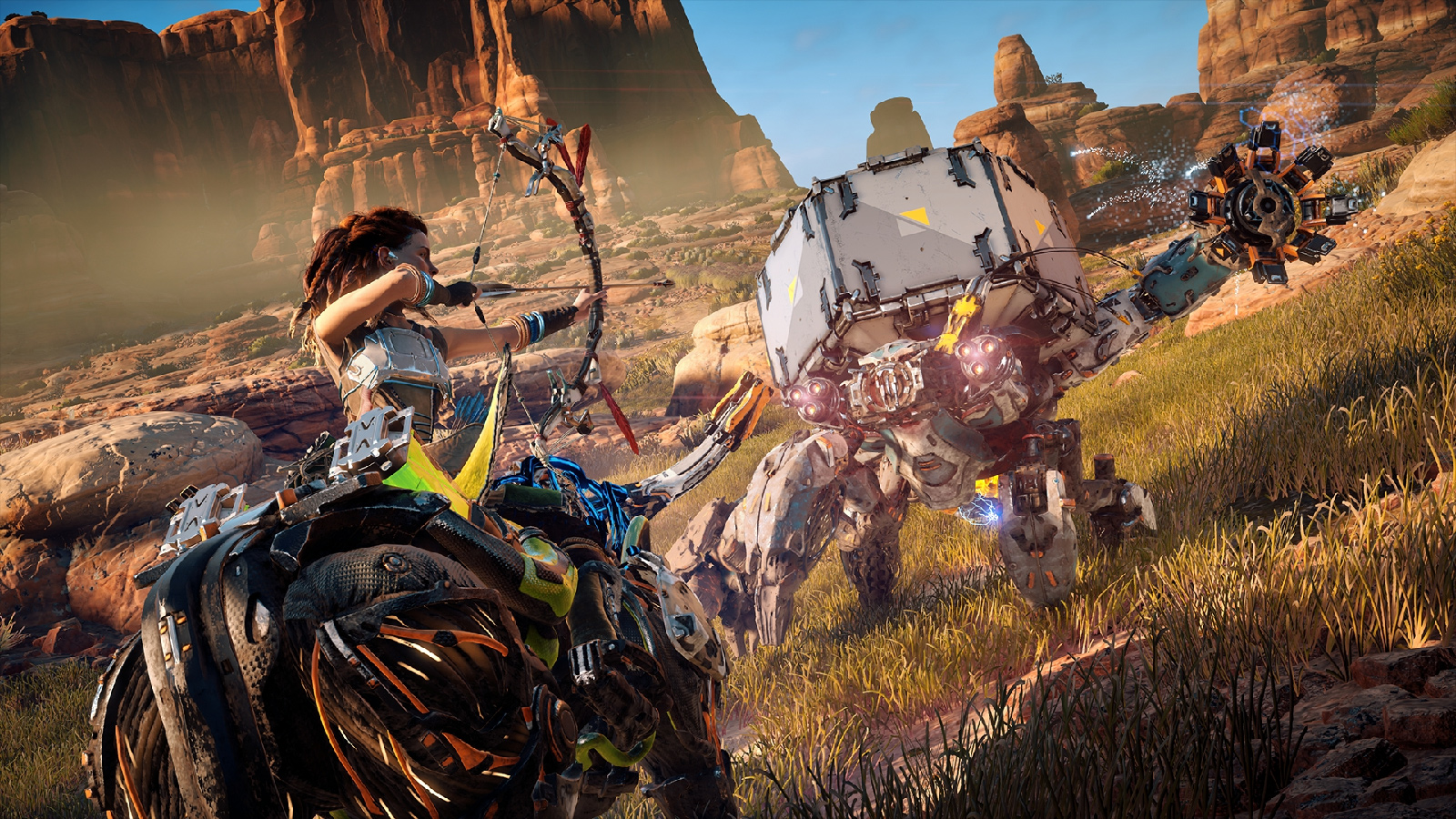 Horizon Zero Dawn resonated in a way I wasn’t expecting. The idea of hunting and trapping cool robo-dinosaurs had raw potential, even early on, but the notion that the studio best known for Killzone could pull off a new IP in an open-world layout with these results? Yeah, that was a pleasant surprise.

The game’s latest milestone surfaced this week, and it’s a notable one: Horizon Zero Dawn has now cleared 10 million sales worldwide. The team took to the PlayStation Blog to share the good news and divulge behind-the-scenes tidbits, including a note about baby Aloy’s VO coming from the senior sound designer’s youngster and the prowling Watchers owing their sound, in part, to Chihuahua barks.

Guerilla Games hasn’t come up as much lately outside of its well-publicized tech connection to Kojima Productions and Death Stranding, and I’m not expecting to see a new game for a while yet. They’ve got fans hoping for more Horizon after The Frozen Wilds and others rooting for the possibility of another Killzone. Sequels would be fine, but part of me hopes for a wild-card gamble, risks be damned.

Horizon Zero Dawn wasn’t perfect, but there’s a lot to latch onto; its creators went for it and that effort clearly paid off. As someone who grew up loving Beast Wars, I am and will always be down for stories about animalistic machines. Thunderjaw gets all the attention, but the humble Shell-Walker is my MVP.

Here’s to you, Aloy.