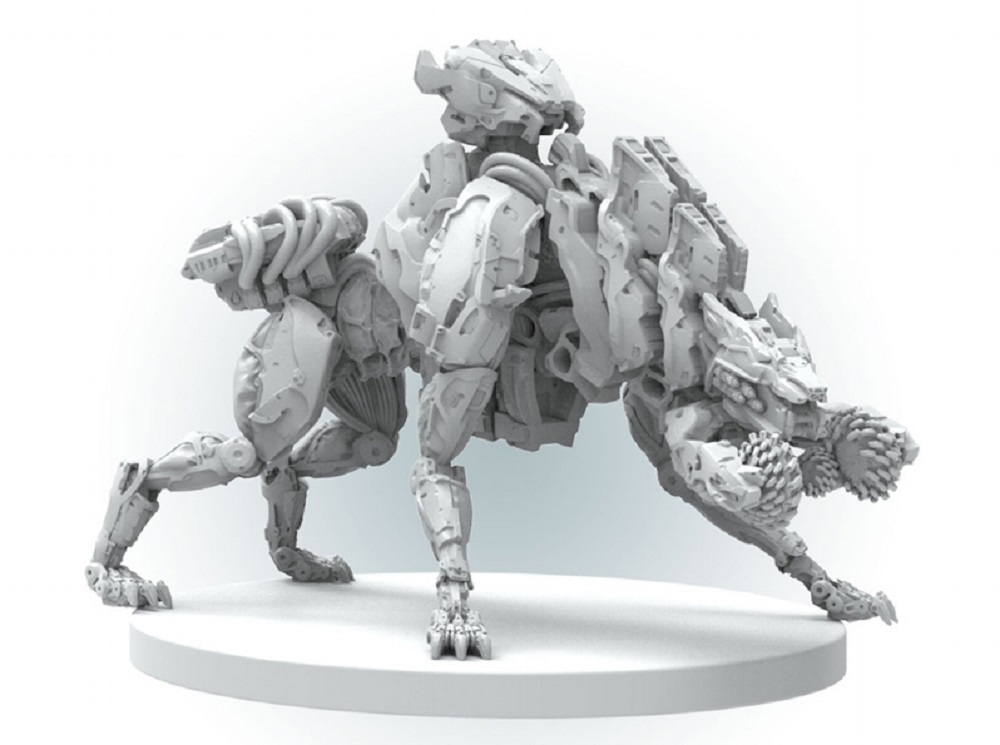 Last year’s PS4 release Horizon: Zero Dawn turned out to be one of the great sleeper hits of year, drawing in a huge community of fans with its dramatic storyline, great visuals and weird retro-techno, also making an instant star out of its lead protagonist, Aloy.

Soon, all the exploration and monster hunting of the unique adventure title will be able to experience in tabletop form, as Steamforged Games have revealed their plans to produce Horizon: Zero Dawn – The Board Game. This isn’t Steamforged’s first rodeo either, as the company have previously produced tie-in games from franchises such as Dark Souls and Resident Evil 2.
“As huge Horizon Zero Dawn fans, we could not be more excited to be given the honour of developing a board game which will allow fans to explore this incredible world in a new and unique way,” said Mat Hart, Creative Director at Steamforged Games. “Many of the staff at Steamforged have been in love with Horizon Zero Dawn since it was first released, and so have an intimate understanding of what makes it so appealing and enthralling. With this game we’re going to give players a compelling new way to play and experience this amazing video game.”

There are currently no further details on how the game will play, or its projected release window, but images were shown of two of the game’s prototype playing pieces, which you can check out in the gallery below.