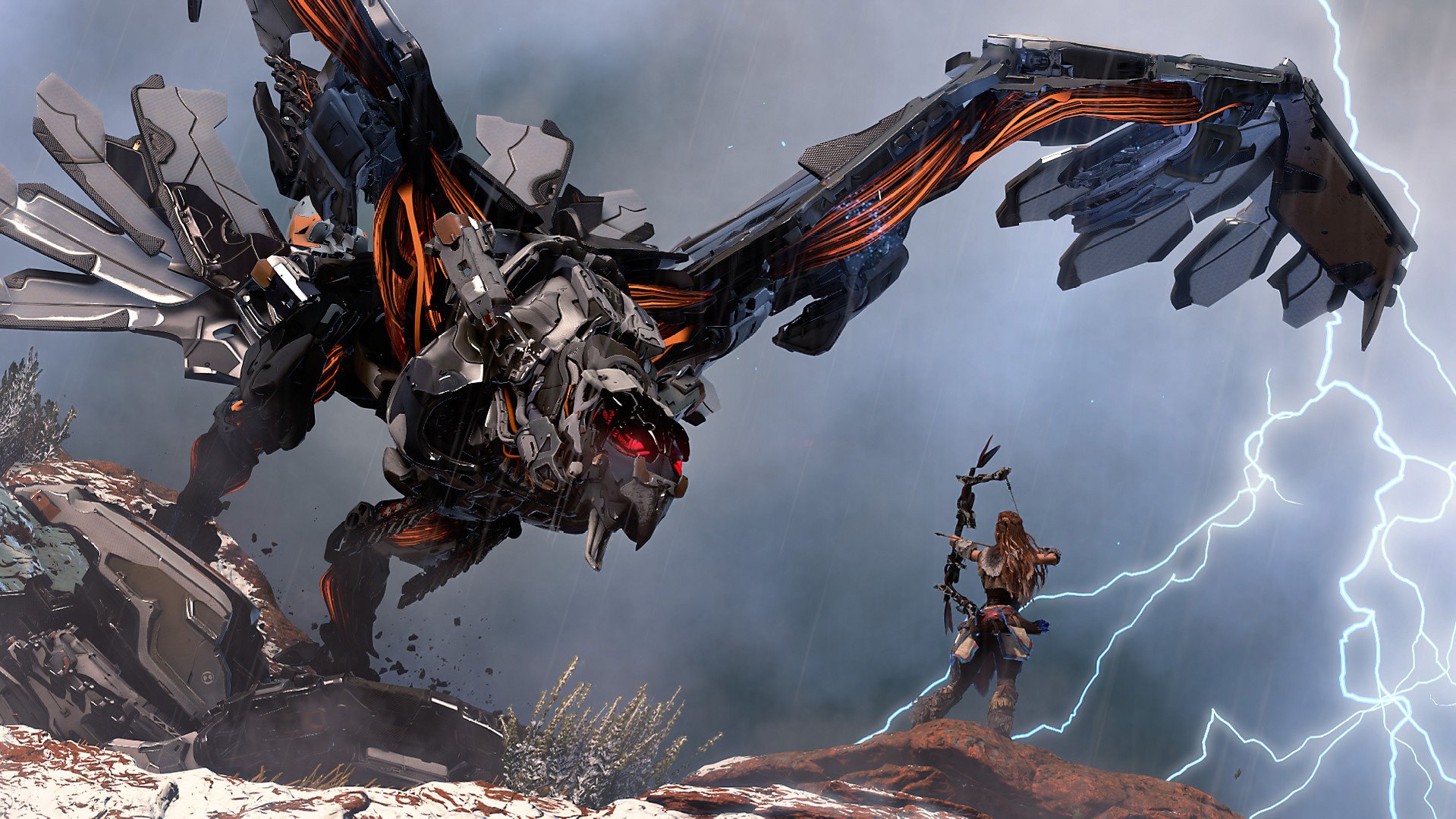 Meridian is going to look stunning on PC this summer

Sony has confirmed that Guerrilla Games’ open-world robo-dinosuar adventure Horizon Zero Dawn will release on PC in summer 2020. The news, which follows rumblings from back in January, was made official in a PlayStation Blog interview with Hermen Hulst, the head of Sony Worldwide Studios.

“I think it’s important that we stay open to new ideas of how to introduce more people to PlayStation, and show people maybe what they’ve been missing out on,” Hulst said of Horizon‘s PC port. “And to maybe put a few minds at ease, releasing one first-party AAA title to PC doesn’t necessarily mean that every game now will come to PC. We don’t have plans for day-and-date [PC releases].”

He didn’t have much else to share about the PC port of Horizon Zero Dawn – we’ll learn more “pretty soon” directly from Guerrilla – but the game will launch on Steam with The Frozen Wilds included.

On a more general, forward-looking note, Hulst said that Sony Worldwide Studios is “very committed to dedicated [PlayStation] hardware, as we were before. We’re gonna continue to do that. And we’re very committed to quality exclusives. And to strong narrative-driven, single-player games.”

“At the same time, we’re going to be very open to experimentation, to new ideas. Just trying things out to see what works. I think that’s also very much part of the DNA of Worldwide Studios.”

“In my mind, Horizon Zero Dawn was just a great fit [for PC] in this particular instance,” he added.

I can see Sony being overly cautious about letting PlayStation exclusives come to PC – a stark contrast to Microsoft’s Xbox Game Pass-centric release strategy – but I can think of at least one more PS4 game that deserves to thrive on PC. If literally nothing else, let us have Bloodborne. Grant us eyes!