Despite many thinking that Japan only produces rape games, there was once another product that would shock and awe western gamers: the Hori Real Arcade Pro series of joysticks.

Having recently had their supremacy challenged by the likes of Mad Catz, the boys at Hori stayed up drinking Boss coffee and came up with a plan to retake the crown. That plan was to exactly replicate the Japanese arcade experience at home, establish absolute supremacy in the joystick field, and cramp all but the largest apartments. Available only on Hori’s website, the Real Arcade Pro 3 Premium VLX shipped out March 26, and the beast arrived at my home just yesterday.

Does it Ultra Combo the Mad Catz Tournament sticks? Hit the jump to find out. 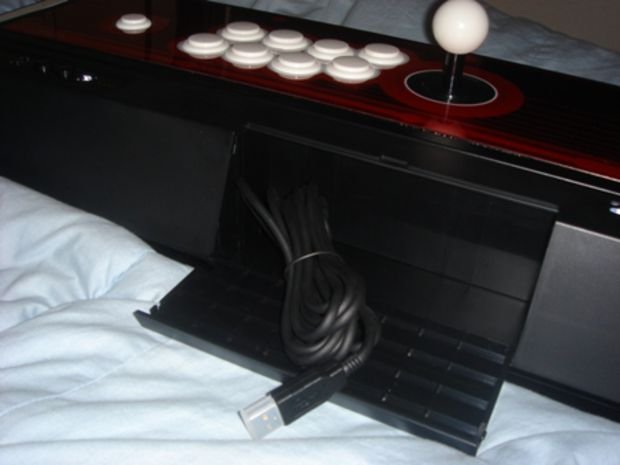 Huge is the first word that comes to mind when you open the massive box that the poor Yamato guy delivered in the rain, and it will stick with you as you use this monolithic peripheral. See, the VLX in the product name is short for VIEWLIX, i.e. the Taito arcade cabinets that are standard across .

While the Tournament Edition Fightsticks were content to style themselves after those cabinets, the Hori version might as well BE the arcade cabinet. It’s just as wide and sturdy as the arcade cabinet, and if you didn’t know any better, you’d think they just ripped off the front of the machine and threw it in a box. Even the bay provided to store your cable when not using the thing is gigantic. You could easily store a cat in there.

But how does it play? This, my friends, is the most important question to any true joystick aficionado, and the biggest concern you’d have when forking over the equivalently massive price tag of 30,000 yen.  Well, fear not!  If my short time with this beauty is any indication, it is money well spent. 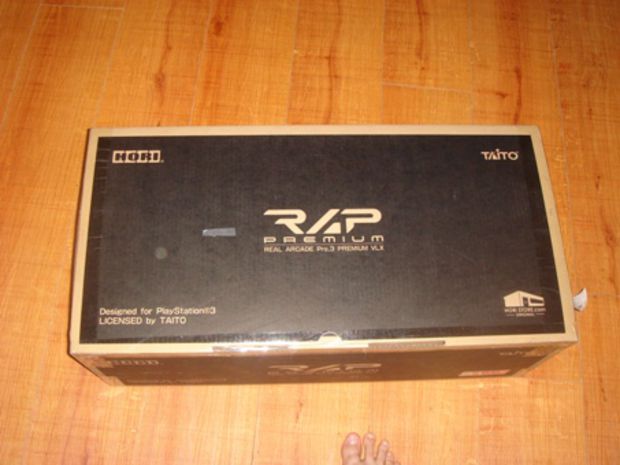 Because of an unscheduled ninja assault on Destructoid Tokyo, and having to sleep to go to my real job (Yakuza tout), I only had about an hour to lay hands on my new baby. And I can’t stop thinking about touching her again. It’s that good.

I tested it out with Street Fighter IV and I was popping off cancels, combos, and ultra moves like I was Daigo himself. It just feels better than my TE Fightstick. Not having the time to take the cover off (which enthusiasts can do to modify layout and parts at their whim), I can’t comment on the parts used in each. However, above and beyond the Tournament Edition sticks (which you can see comparison shots of below) the extra weight and size of the Premium VLX creates a genuine feeling of stability. 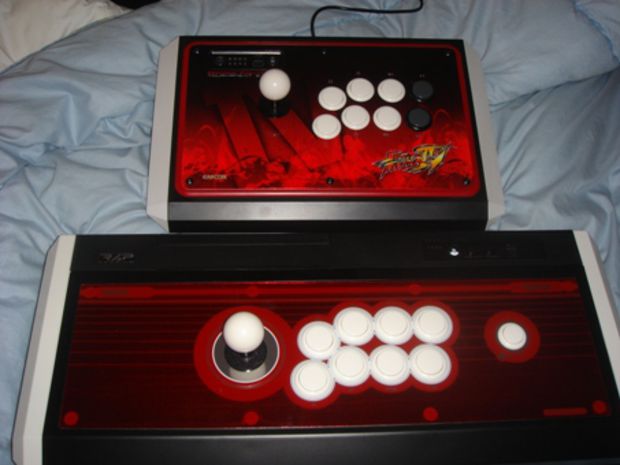 I’ve always been a bit of a “leaner,” throwing my whole body into the joystick input, and this stick can take it with nary a slip of the base. The start button is placed on the face of the body, as opposed to the Mad Catz sticks where it’s on the back, but it’s located far enough that you don’t hit it accidentally. If, like me, you grew up in dimly-lit arcades with Street Fighter II, Darkstalkers, and the like, playing with this stick will feel like coming home after a long trip.

Sadly, both the PS3 (tested) and the 360 versions are sold out at the moment, and as the initial sale of the item was limited the Hori Japan website preorders, this is going to be a hard item to find. I can’t even imagine what it’s going to go for on eBay. Not that I’m selling mine. Oh, no. I am going to cherish this beauty for a long time to come.

It’s going to take up a huge chunk of my apartment, but I consider the tradeoff worth it. At least I can use the box to hide from ninjas.