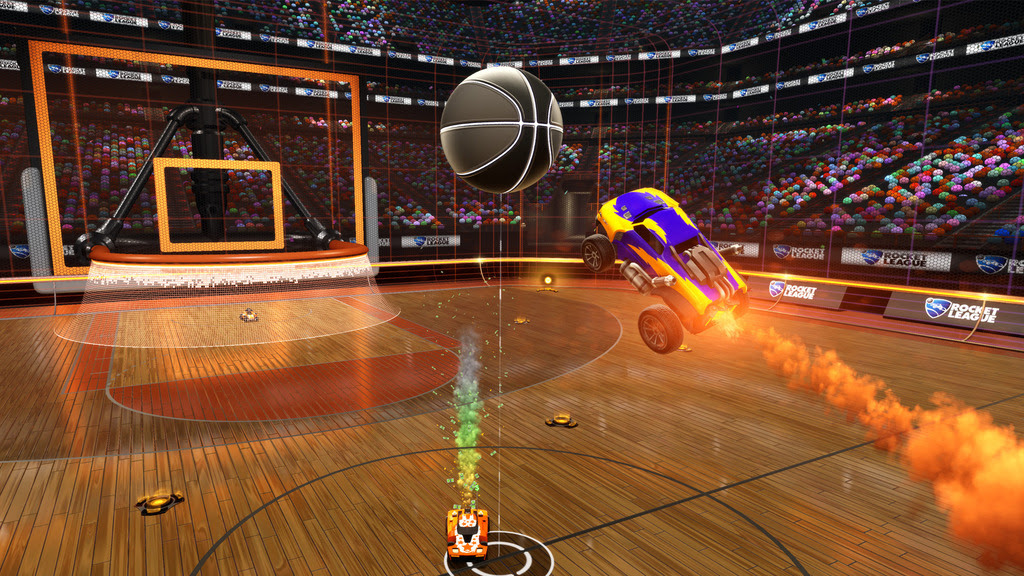 Psyonix has announced that Rocket League will be getting its “Hoops” mode on April 26, which will be updated in as free DLC for all platforms. For those of you that love to spend money, you can do so by buying a “flag pack” of each NBA team’s logo for $1.99. As part of the festivities, a new arena will arrive too called “Dunk House.”

Speaking of, who do you have for the NBA Finals? Like everyone I’m banking on Golden State from the west, and a Cleveland matchup would be pretty great (Atlanta is just as likely too). As of yesterday Steph Curry was getting an MRI on his ankle though so anything could change — but the latest update allegedly shows “nothing of concern,” which is good!

I sadly haven’t watched as much basketball as I’ve wanted to in recent years, but as of this year’s playoff run I’m looking to change that.