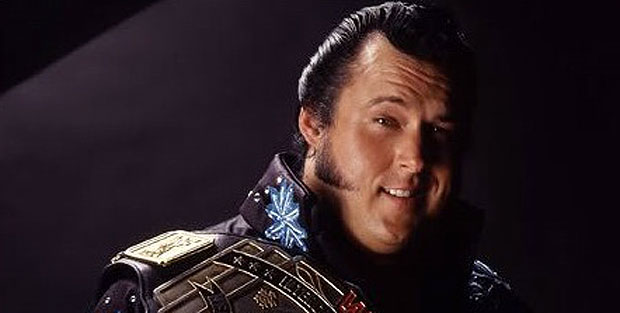 A few days ago, my phone rang. When I picked it up, The Honky Tonk Man was on the other end of the line.

He calls me from his hotel in Las Vegas, where he’s in town for a legendary wrestler reunion held by The Cauliflower Alley Club. The evening before, he tells me, “The Hardcore Legend” Mick Foley (who doesn’t appear in WWE All-Stars) was in town to receive an honor. On this particular evening, Sgt. Slaughter (who does appear on the WWE All-Stars game disc) will be receiving his.

“It’s kind of like watching the game,” he says of the collection of legends that have gathered in Sin City for the reunion. Honky Tonk himself, he explains, wasn’t even sure if he’d make it into the game at all. 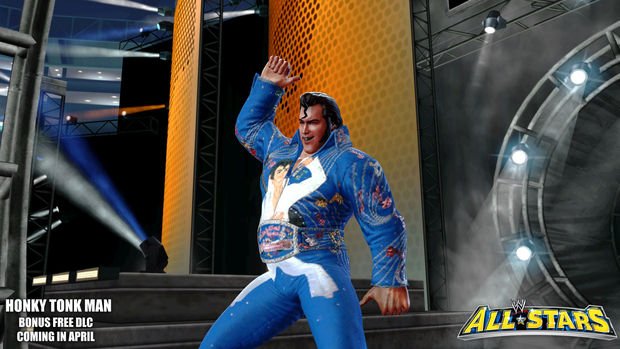 In 2009, THQ released its throwback arcade-style title, WWE Legends of Wrestlemania; Honky Tonk was an easy choice for that game’s roster. But when it came to WWE All-Stars, he wasn’t sure he’d make the cut.

Regarding the game’s over-exaggerated, larger than life style, he says he didn’t have any input in the process. But he’s pleased with the results, saying THQ did “such a wonderful job on it.”

“[It’s] so close to what I do look like, and of course, what I did look like,” he says of the character model, based off the wrestler when he was in his prime with the WWF. “I was looking at a photo yesterday, a still photo that was taken from the game, and the detail work is so… it blows you away.”

“Every little stone that’s on [my] jumpsuit has been put right into the exact place on the jumpsuit on the game,” he marvels.

He admits he’s not a huge gamer himself, saying he grew up in an era when Pac-Man was all the rage, and never really moved beyond that. His son, on the other hand, has already fired up the game and downloaded his father into the the legendary roster.

“I heard my song playing [from the other room in my house], my theme song,” he says. “I said ‘Where’s that music coming from? Are you playing that song?’ [My son said] ‘It’s on the game dad! It’s on the game!’ THQ left no stone unturned.” 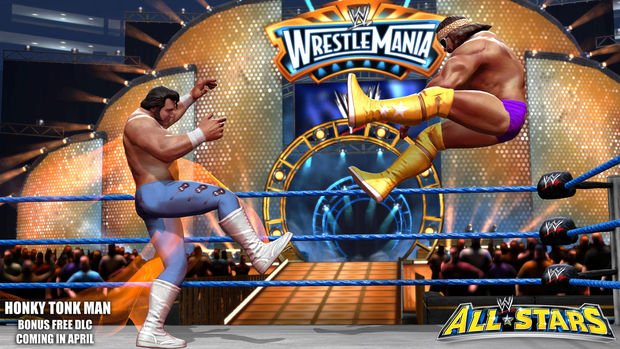 He may be motivated to play the game himself, if only to get in the ring with some of his old colleagues. He mentions that he’d like to get a few more matches in with “Macho Man” Randy Savage, while doing his best impression of the Macho King. He’d also like to hop in the ring with the likes of Jake “The Snake” Roberts and Jimmy “Superfly” Snuka.

“And of course, I would like to back and change the Ultimate Warrior match,” he says, laughing, referring to the 13-second match that ended his 64-week Intercontinental Title reign.

As for the new blood, he mentions popular wrestlers John Cena and Randy Orton (“he kind of knows the same stuff that I know”) as his match-up choices.

“I don’t think I’d do so good with Rey Mysterio,” he admits, “because he moves a little fast for me, even in the game.”

Most important, Honky Tonk hopes that being in WWE All-Stars and future games will cement his legacy in the world of sports entertainment.

“As long as I’m on these games,” he says, “I’m still alive and I can bring joy and entertainment to all the fans out there.”

Honky Tonk Man is available as a free download now for the PlayStation 3 version of WWE All-Stars; THQ says he’ll be made available for the Xbox 360 “soon.”