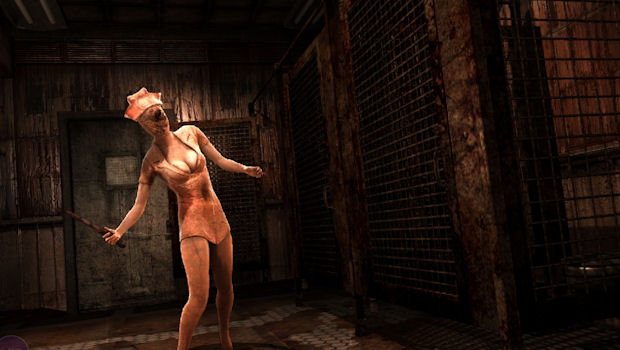 Developer Black Helix caught quite a bit of heat from Silent Hill fans after the release of Silent Hill: Homecoming, mostly due to its focus on combat and a distinctly non-SH atmosphere. Homecoming artist Kenzie LaMar, however, has shunted the blame in Konami’s direction, saying that if you don’t like modern Silent Hill, take it up with the publisher.

“Just remember and never forget that if you don’t like the direction of where Silent Hill went the only people you can blame are Konami themselves,” says the artist. “They are the ones who canned Team Silent and wanted someone else to make the games. And Konami wanted the games to be different. Thats why team Silent was disbanded.

“From what I heard they were very happy with the games made by Double Helix and Climax. They were losing faith in the franchise for years. And to further prove what I am saying, they made an arcade style Silent Hill shoot’em’up gun game!! How Silent Hill is that?!”

I’ve personally not liked the direction of the franchise this generation, and I’m a guy who was actually forgiving of Silent Hill 4. I’ve got my fingers crossed for Silent Hill: Downpour, but I hope that Konami keeps its sticky fingers out of the development, if the publisher really is the problem here.