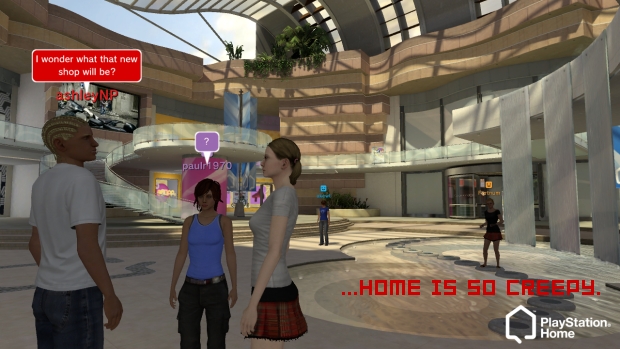 Do not panic! Playstation Home is still a priority. Please go back to whatever it is you were doing before you heard the news that it was possibly no longer a priority for Sony. Chances are whatever you were doing was not involving Home, but if it was (dressing up for Halloween?) you should be in a better mood now. Recently, Edge had quoted Pete Edwards, director of PlayStation Home, as saying that Home was no longer a business priority for Sony despite increased hours of use and money being spent by those who use it.

“It’s been a long road,” he said. “We’ve proved there is a market out there and we’ve got a lot of people that spend a lot of time in [Home]. It’s not a priority right now but there is a business model there,” he said.

This is a lie. Sony has rebuked the quote by saying that it was taken out of context and misrepresented what Edwards was trying to say. “Allow me to put your minds at ease about this recent press. The coverage of what Pete Edwards said at the London Games Conference was not only a misquote, it was a misreprentation [sic] of what he actually said,” a Home Manager explained on the official PlayStation forums, “Edwards was saying that monetizing Home was not as big a priority as building a great platform, with a compelling environment and a strong community. Home is still a top priority for Sony and will continue to release quality content and provide a positive experience to our users.”

“And yes, we will continue working on fixing bugs, login problems, and other user issues.”

There you go. I just summed up two days of internet drama for you. Seems a bit less exciting when it’s all in one post.