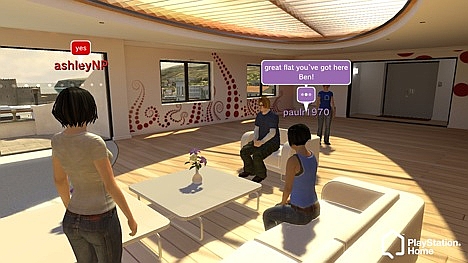 After hours of waiting and some confusion, it appears as though the official open beta for Sony’s Home has begun. If you want to take part, simply pull up the XMB on your PlayStation 3 and choose the Home icon. At that point, you’ll be whisked away to a magical, albeit virtual world, rife with social interaction and advertisements.

Many of you may have been wondering why exactly it took so long. It appears as though the Sony network gremlins experienced a few kinks in the process of putting Home up for everyone. According to PS3Fanboy, the entirety of PlayStation Network went down for around an hour. Then, the team found a “couple of technical problems” that they needed to address before mass release.

If you were a part of the closed beta, be prepared to be surprised when you walk out of your apartment. Sony has rearranged all the buildings, created a new Central Plaza, redecorated interiors and much more. Expect our impressions later this afternoon.