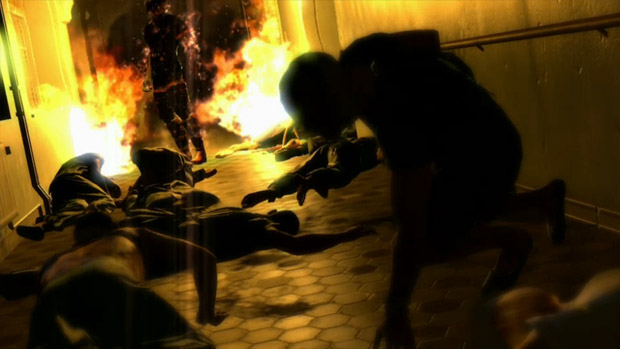 100 percent gameplay was shown in a debut trailer shown tonight during the 2012 VGA broadcast.

A doctor speaks to someone waking from a coma. Someone with a hook for a hand. A soldier. He can’t move well, but is being guided by another patient as the hospital goes dark. Others are being dragged off and being killed. Gunmen move in. Attacks begin. What is going on? What are they after?

A massacare leads us into a…giant fiery whale devouring everything? What the hell?