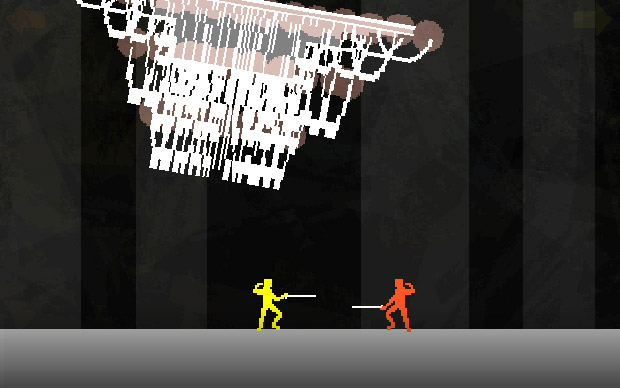 The event-only multiplayer fencing game can finally be yours

Messhof’s competitive fencing game Nidhogg has eluded many people. Everyone who comes away having actually played the game absolutely raves about it, leaving us plebeians to sit and sulk as we wallow in self-pity. So apparently it’s really good. As of now, the game is local multiplayer only, but the official release will add in online functionality.

In addition to being able to play over the Internet, new moves will be added to the game. One such move is a dive kick, not to be confused with the videogame Dive Kick. It will also have multiple stages and AI opponents for all the single players. The hope is to have the game on Steam, though it will likely need to go through Greenlight to get there.

I have been waiting for this moment for a very long time, so I think I will just take a moment to smile and take it all in. Nidhogg is coming out!

Here’s a Vine of the game in action: