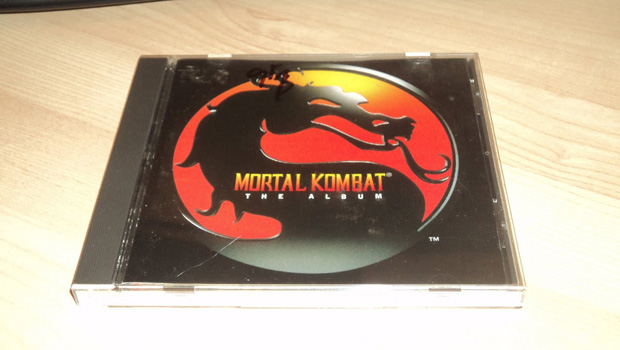 There was a practice back in the 90s of companion albums’ accompanying the release of certain videogames. These weren’t official soundtracks but rather those dreaded “inspired by” collections whose sole purpose was to push substandard music by associating it with a hot property.

Such was the case of Mortal Kombat: The Album, a 10-track CD released in 1994 to capitalize on the home console release of the brutal fighting game (not to be confused with the movie soundtrack). I knew the album existed but never actually heard any of the songs save for “Techno Syndrome” — ya know, that one. After finally listening to the full album dump on YouTube, I can confirm that the reason “Techno Syndrome” is the only MK song anyone remembers is because the rest are SH*T!

All the songs were composed by The Immortals, an electronica band consisting of members of Lords of Acid. The group’s idea of paying tribute to Mortal Kombat was making a song for Sub-Zero called “Chinese Ninja Warrior,” posted above. If you enjoy that little number, you’ll love this jam sung from the point of view of Sonya Blade. Then there’s this song about Raiden with such brilliant lyrics like “Mystical fighter, he’s got no eyes! He’s tall and fast ’cause he flies!“