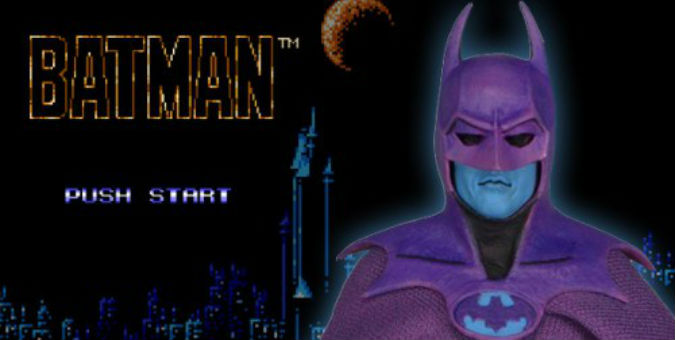 A worthy followup to the RoboCop figure

To celebrate the 25th anniversary of both the 1989 film and videogame, NECA has announced its first ever Batman figure in 7″ scale.

This figure has over 25 points of articulation plus removable cape, Batarang, and Spear Gun accessories. The figure is painted in a way to replicate the game’s original cel-shaded look. It’s packaged in a special window box with opening flap to recreate the feel of the 1989 videogame packaging, and that’s absolutely awesome. That’s the reason I ended up buying the RoboCop figure, actually.

Batman will be available in October, but don’t dawdle because according to the NECA website this will be a one-run only figure. And you don’t want to miss out on it, like I missed out on the Friday the 13th variant for San Diego Comic-Con.