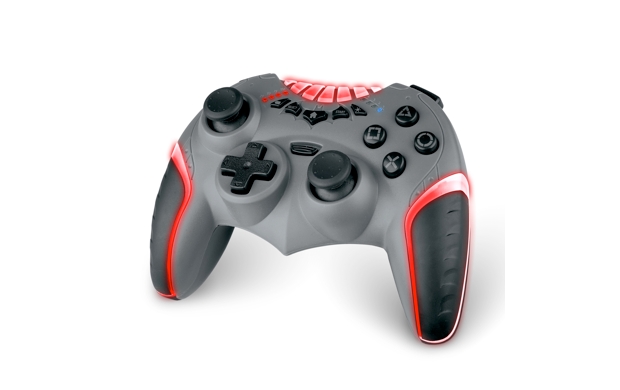 These officially licensed Batman Batarang controllers are timed perfectly with the release of the amazing Batman: Arkham City (it was more than an 8.5 to me!). Power A teamed up with Warner Bros. and Rocksteady to make these cool looking controllers for Xbox 360 and PS3.

Both feature rubberized grips and dual rumble motors. There’s seven LEDs to customize the look. The PS3 Batarang ($39.99) is wireless with reverse analog sticks and motion sensing technology. A bonus: a Batman-themed USB receiver. The Batarang controller for Xbox 360 ($49.99) is a wired. I love that the function buttons in the middle are laid out to form the shape of a bat.