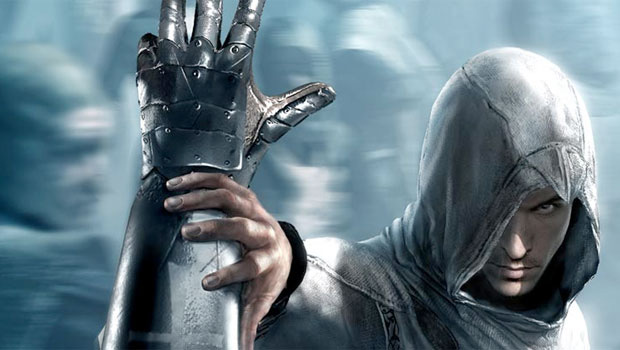 Sony Pictures recently signed a deal with Ubisoft to put Assassin’s Creed on the silver screen and some Hollywood insiders are astounded by the amount of control Ubisoft will retain over the project. Apparently Sony had to yield control over the budget, principal cast, script and the release date to the rightful owner of the IP.

According to NYMag one Hollywood insider said, “As a director, even Steven Spielberg cannot get this kind of deal.” As another “talent agent who represents a smaller video game publisher” pitched in, “The whole Ubisoft/Sony deal is a waste of ink, paper and time. The level of control Sony gave up means, effectively, that Assassin’s Creed will never — and I mean never — get made.” Fighting words!

NYMag points out that DreamWorks was the first studio to pass on the film project, so yeah, Spielberg did not get that kind of deal. Universal and Warner Bros. were also in the race to acquire the film rights to Assassin’s Creed and insiders have told NYMag that both were turned off by the publisher’s demands. As one studio chief who dropped out of the bidding race put it, “They want to be able to pull the plug on the whole movie’s development if they decide to. It’s ridiculous.”

What’s that? Prince of Persia was a studio movie that was only good for fans of Jake Gyllenhaal’s glistering Adonis chest? Ubisoft apparently agrees and is said to believe the deal with Sony will solve this “Prince of Persia problem,” one that the publisher thinks turned their Persian platformer into a mediocre movie at best because it didn’t have enough control over the project.

Sony didn’t want to comment on the issue to NYMag, but a source told them that Ubisoft secured additional creative control because it is spending a lot of its own money on the project. Supposedly Sony, in turn, is investing “only a fraction of what a studio typically would spend to option or develop a script.” 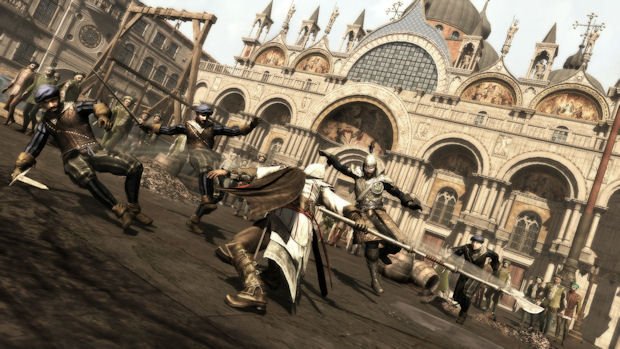 You know what? I’m am totally ok with this. If it ends up becoming too much of an overhead for the Assassin’s Creed film series to ever get off the ground, so be it. At least we won’t get some Hollywood hottie being cast as Desmond, Altaïr, and/or Ezio when there is another actor who is much better tailored for the role (i.e., Prince of Persia‘s casting disaster) and Ubisoft has proven to be pretty serious about the franchise’s story and universe — even if it has shown itself to be overzealous with milking Ezio’s arc in the series so far.

Moreover, whether you like Assassin’s Creed or not it’s one of the (sadly) few remaining AAA properties these days that doesn’t shy away from social commentary and satire about current events. From the contemporary look on the usage of religion as a means to power throughout history, to the silly but fantastic depiction of Supreme Court justices as Templars, or biting remarks on the state of the U.S. healthcare system, Ubisoft already provided a lot of freedom in a big budget game of the kind you wouldn’t easily see in a mass-marketed Hollywood movie.

Sure, the game itself is not primarily about any of these things you see in the Subject 16 puzzles or the snappy remarks you find in the Animus database, but ever since Assassin’s Creed II the series has used historical backdrops for the action that no studio head would ever greenlight in its original form to market to a largely Christian and Western audience. Do you think anyone in Hollywood would fund tens of millions of dollars to just put a The Borgias movie in production? No, and that’s why it’s on TV. Plus the AssCreed story is an excellent mix of violent history mixed with just enough ridiculous Stargate science fiction, both of which are awesome. Don’t mess with that, even though I still have no idea what is going on exactly.

So hell yes I’m down with Ubisoft retaining a lot of creative control. There’s no guarantee it will be good because of it, or if we’ll ever even see it, but as someone who has seen pretty much every one of these videogame film adaptions — and they have only ever offered campy entertainment at best — there’s no way it can end up worse than giving some studio free reign to mess it up.

The major downsides, besides a bloated production and too much back-and-forth between the publisher and studio? Patrice Désilets, the brain behind the series, left Ubisoft once his creative input for Assassin’s Creed: Brotherhood was done. Assassin’s Creed: Revelations has yet to prove if it can match or surpass Brotherhood, which was better than Assassin’s Creed II in terms of gameplay but lacked the scope of its predecessor, so we don’t even know if the current creative leads behind the franchise will be up to the task of stepping in Désilets‘ shoes for a full game, let alone guide a film project to be true to the IP.

The biggest downside if the movies happen: Assassin’s Creed: The Movie: The Video Game. You know it.