Ninja Theory may have been able to snag Hollywood-caliber talent for Enslaved (including writer Alex Garland and Ten Things I Hate About You actress Lindsay Shaw as Trip), but that’s where the Hollywood connection ends.

“We actually really went for that,” Ninja Theory’s Tameem Antoniades says of the film, which co-founder Nina Kristensen mentioned back in 2008, before Enslaved was announced as the project. “We were serious about it. We went to all the big studios in Hollywood and pitched the idea.”

As Antoniades put it, the studios simply couldn’t understand the concept of rendering the movie’s scenes in real time.

“They have no idea of what real time means,” he explains. “They just care about how good it looks.” 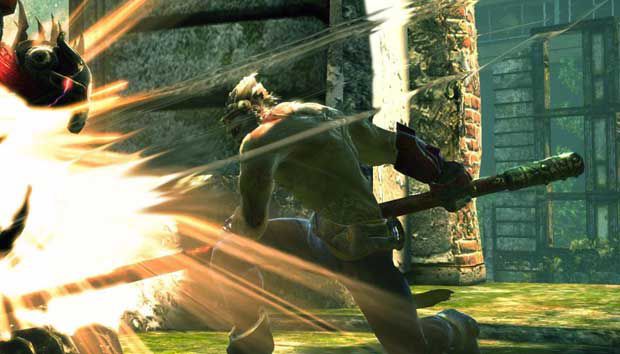 “To do it any other way is considered a huge risk, so it just didn’t wash,” he says. “It just didn’t go with the model that’s established in movies.”

Don’t expect Ninja Theory to be releasing an Enslaved film anytime soon though, even as a bonus feature. The idea from the start was always to do it with high profile support and the budget to back it.

“It’s hard enough doing a new IP from scratch, and doing it in an industry you’re not familiar with with no supporters, it’s too much.”