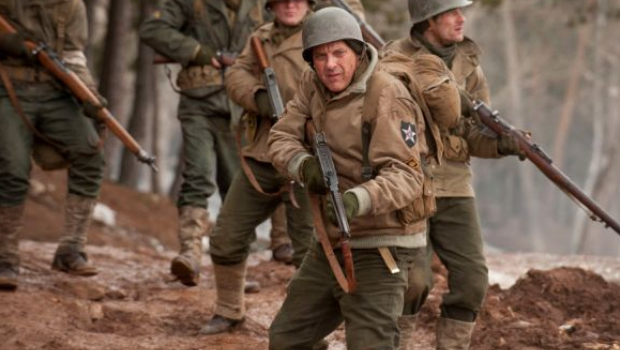 The film industry has become a pathetic hive of regurgitation and desperation lately, as a world of competing entertainment drives producers to commission endless reboots and sequels — anything that an audience will instantly recognize and be keen to drop money on.

This is why we have a World War Z film that is nothing like World War Z, and Spider-Man‘s been rebooted ten years after the latest film series began. It’s also why an indistinct World War II movie is called Company of Heroes. Yes, there’s a Company of Heroes movie, and there’s even a trailer. Hollywood has forced itself to scrape this far down the barrel.

The movie is more than just one of a thousand fevered license buys — it’s in full production, and it’s going straight to Blu-ray on March 19. I almost feel sorry enough for it to hide my overwhelming contempt. Almost.

Yeah, this looks rubbish. Not even a campy-fun kind of rubbish. The source material is too dry and humorless for that. Expect little more than a low quality WWII film — one that pushes misfired wistfulness, if the trailer’s anything to go by.

Filed under... #Company of Heroes#Seriously?#THQ#Trailers#Utterly pathetic