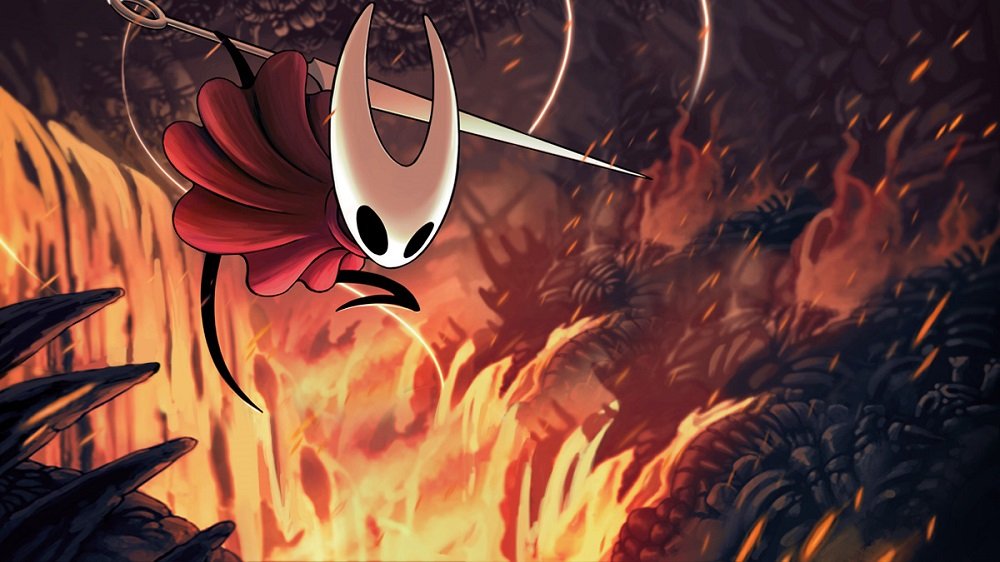 I’m one of many fans super-excited for Hollow Knight: Silksong. And although Team Cherry has been very quiet so far this non-E3 season, that hasn’t stopped the developers from whetting people’s appetites with the reveal of crunchy new bugs.

As reported by Rock, Paper, Shotgun, fans on the Hollow Knight Discord server were tasked with solving a series of riddles, which led to the reveal of the password “Huntress,” which in turn unlocked a folder containing a small .gif file. The .gif in question features the debut appearance of a new NPC, a polite but somewhat threatening mother, looking for sustenance to feed her young. The following text accompanied said clip:

“A towering old predator, awaiting her children to come. Though her attention is fixed on her task, she seems to know much about the waning state of Pharloom, scorning the Citadel above and the hapless pilgrims that make their ascent towards it… ‘Ssssppiiiderr, Your ssstench is strange yet similar… Have you come bearing the organs of others? Or would you offer your own? Gift your sshell’s warm insidess as ssweet feast for my brood’sss birth-meal?'”

Yikes! Get outta there, Hornet, ilu!

Hollow Knight: Silksong was initially an expansion for Team Cherry’s original 2017 adventure, but eventually increased its scope to become a fully-fledged sequel. Players will take control of Hornet – the popular Hollow Knight NPC – as she attempts to escape from the haunted kingdom of Pharloom, who have captured our beloved Hallownest princess for unknown reasons.

Hollow Knight: Silksong is currently in development for PC and Nintendo Switch.