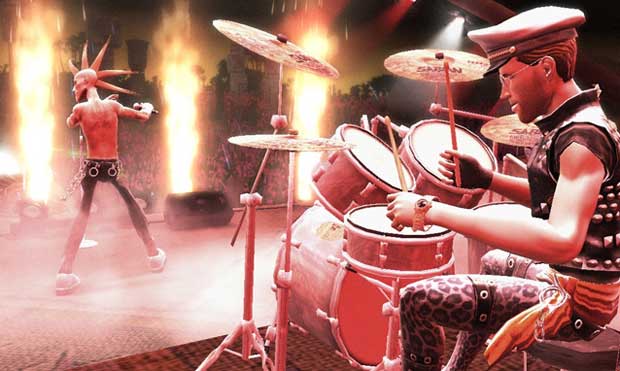 When you go to see a band play live, don’t bother screaming the names of songs at the performers. You see that little piece of paper taped to the stage? That’s the setlist, and that’s what they’re going to play, so piss off.

That’s kind of what’s going on with Activision’s Guitar Hero: Smash Hits, the upcoming “greatest hits” collection featuring full-band renditions of selections from the pre-band days. They already know what tracks they’ve chosen from Guitar Hero I-III, but they want your help in deciding which ones to reveal next.

They’ve already revealed a handful (you can see those after the jump), but are offering fans the option to vote for which previous Guitar Hero game they would like the set list unveiled from first. Really hoping Helmet’s “Unsung” will make the cut? Go to SmashHits.GuitarHero.com and vote for the original Guitar Hero to see if it’s on the list. Want to know if “Guitar Battle vs. Slash” makes it? Go drown yourself in an acid bath.

Tipster power-glove also points out that Neversoft appear to be prepping a demo for Guitar Hero: Smash Hits (hint: it’s like Guitar Hero: World Tour with new songs). Over at the official forums, they’re asking members to choose which five songs they’d like to see in the demo. Please go and spam that thread with requests for “Halo Theme MJOLNIR Mix.”