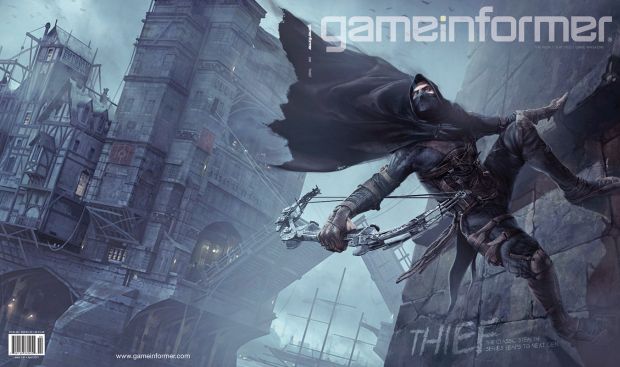 And yet…still present. At least presently.

A lot of scrutiny has been directed toward the newly announced, next generation Thief game. In fact, enough people in the official Thief forum have been concerned about a detective mode-esque “Focus” ability that Eidos Montreal community manager Adam Badke did a quick Q&A session with the game’s director, Nick Cantin, to talk about the mechanic.

Cantin would not go far enough to say that Focus could be turned off for players seeking more of a challenge, but that “presently, it’s the completely the players choice to use Focus or not. If players want to challenge themselves to stick to Garrett’s basic abilities, they can.” Well, that’s all well and good, but if it’s there and there by default, most people are probably going to use it.

I’m becoming ever-wary of (and weary of) the “detective mode” style, color sapping abilities that seem to be in vogue at the moment. Aside from making most games look terrible (Deus Ex: Human Revolution and Dishonored are two great offenders), it feels like it’s becoming a crutch or a lazy design choice.

On one hand, I understand the need for accessibility. Even seasoned game players have had moments of simply not knowing what to do or how to advance at a given moment, and I know how frustrating that can be. Still, when an idea gets adopted en masse like this and used badly or arbitrarily (hello, Tomb Raider) it’s hard not to be too cynical of the concept.

That being said, even if Focus seems to be a standard thing available, Cantin also mentioned things that temper my concern. That, “Focus is limited and has a cost. As a player you will have to manage it wisely when you accumulate it, and really think hard about when the best time is to use it,” for example, is important, and it could prove a viable and welcomed aid rather than an end all, be all thing that pure self preservation implores you to employ constantly. At the same time, Focus in Thief can also be used for thing like lock picking and combat, should you prove terrible at stealth, making it all the more scarce or worth saving.

Also, regardless, I’m damn excited for this game.