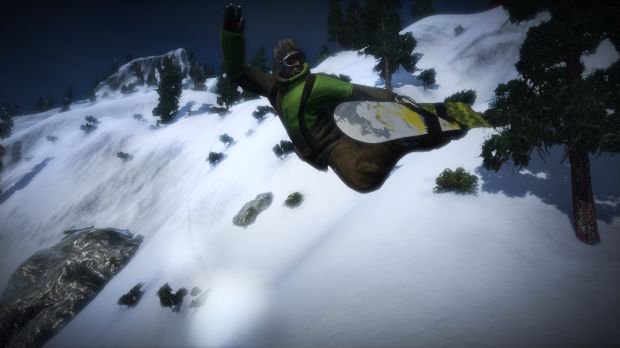 SSX 3 and Amped. These, at least for me, are the foundational games of an amazing series of snowboarding videogames. Sure, you can argue that Shawn White’s entry was something worth mentioning, or maybe you are a dude who thinks Coolboarders was a good game (it’s not), but the main issue is that the snowboarding genre of videogames has been stunted in the last few years. Not much innovation. either.

Stoked was a game that tried to change that. You remember Stoked, right? It was that snowboarding game that relied on a flick system much like Skate. Of course you don’t. While reviews were rather high for the game (a rather respectable Metacritic score of 71, with major reviewers giving it much higher marks), Stoked floundered at market. Sad faces all around.

So enter Stoked: Big Air Edition. Less than a year after the February release of the original, this 1.5 edition, so to say, is coming out for holiday attack. The development studio, Bongfish, has listened to the major complaints for the game, and have promised to address these issues. I was hella stoked for Stoked last year, but hit the jump to see if the groove is still with this one.

Like I said before, Stoked has some pretty special features. First of all is the issue of the rather realistic trick system. Like it’s predecessor, Stoked: Big Air Edition relies on flicks of the right stick to control the types of trick and jumps. This is a fairly complex system, and daunting for those looking to just jump in and bust out amazing tricks. It is satisfying, to be sure, but come in knowing that it is difficult.

Doubled with the trick system, where you can “huck” out tricks (throw down tricks fast and sloppy), or you can use a stylistic method, where tricks are slower and more defined, and you can see there is a lot of stuff to do in making your character play just as you want. Break the learning curve, and Bongfish promises to make it worth your time. 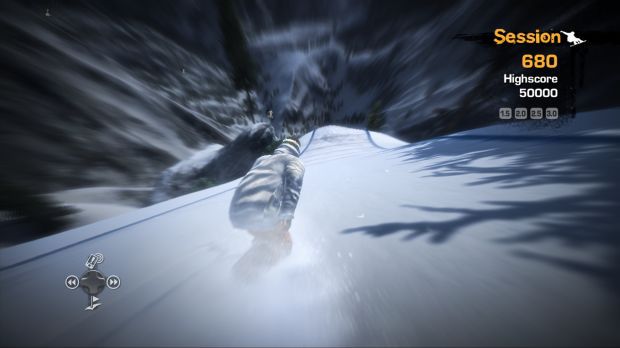 They addressed this in two issues: The biggest problem reviewers had with the original game was a speed issue. This is two pronged, as the actual snowboarding in the original Stoked was a bit slow and sluggish. Bongfish has cranked up the speed of the game and added all sorts of new . Now a whole lot faster, bombing the slopes now takes quicker reflexes, but is that much more satisfying to go from top to bottom of a mountain.

This speed is important for the single player mode, as the previously multiplayer-only races have now been added to the main campaign to fame. These are specifically designed ghost races through gates. The race I took part in was difficult, but for those who break the difficulty curve, they should be fun. Also expect pack races, as well as the 8-player multiplayer racing. 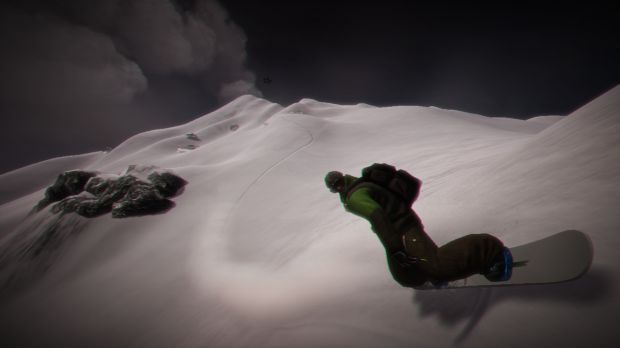 The second way Destineer speed up the game is probably the most important: getting the good content. The first 6 hours or so in the original Stoked is spent earning “fame”, at which point you can play media events where you record videos and do photo shoots. A lot of fun, may people never got to these elements of the game because they burned out in the initial 6 hours.

In Stoked: Big Air Edition, right off the bat, gamers will be able to choose what challenges they want to play from cataloged lists. Races, trick challenges, and media events are all easily accessible from early in the game.

Another feature I love is the universal real-time weather system. Hook up your 360 online, and across the 7 mountains the weather and time is universal across all live players. This is a side effect of the drop-in multiplayer, but never ceases to astound me every time I interact with it. 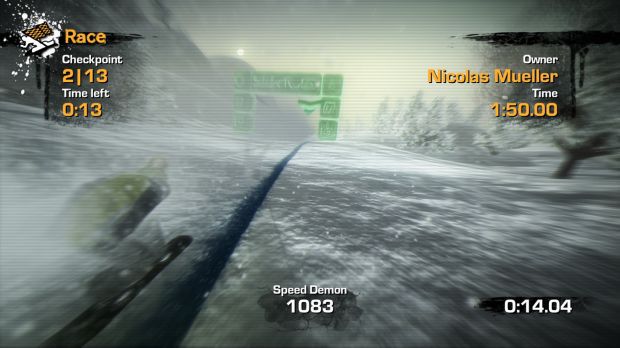 The soundtrack, as with the first, looks to be a rather kick-ass mix of European-heavy hip-hop, electronica, indie and pop. It’s not bad, and actually one of my favorite parts of the game.

New to the game are two new mountains. The first is Laax, a European mountain, with the last mountain being the famous K2. K2 is supremely important, as this entire mountain is almost the same united size of all of the original mountains combined. Like the first game, every mountain is designed to the T for accuracy and layout, with 8 new marked runs added for guided boarding.

Destineer aims to make these the most realistic mountains in any game made, and it looks like they’ve kept the tradition going with this update. I mean, hell, adding 500 new square miles to any game is pretty damn impressive.

Another benefit is signage, buildings, kickers, and other artificial elements are added to the game earlier. It doesn’t seem like much, but having these colorful elements of snowboarding make the world feel more lived in and functional. Groomed trails, too, offer some more guidance for players. It’s small things that bring things up a notch on the fun factor. 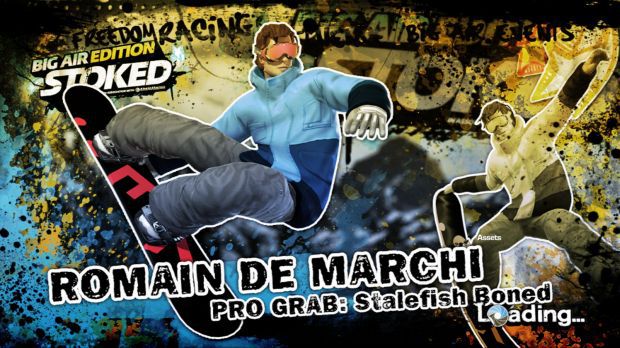 Physics are still a little iffy, honestly, and there were times I would biff when I would never expect such a collapse. It looks like grinding has been improved however, and things are generally more solid.

I think that people who were burned from the slowness of the original Stoked will find a new reason to come back to this remix of a game. Bongfish listened specifically to players to improve on the game. While it is definitely aiming to be a snowboarding sim, the improvements made should make it more accessible to those looking for a quick and easy trick session. Taking into account that many gamers don’t have time to play for hours at a time, the pick up and play elements are a boost. Now let’s see if these improvements will make a difference for gamers looking for a new snowboarding experience this holiday.