After a rocky few months, Hitman developer IO Interactive have announced that the game’s final Elusive Target, “The Entertainer,” will launch on Friday, July 14.

For the last contract of Hitman‘s first season, Agent 47 has to eliminate Mr. Giggles. Giggles, according to IO, will be located in Marrakesh. Players will have to take him down within ten days before he disappears forever. 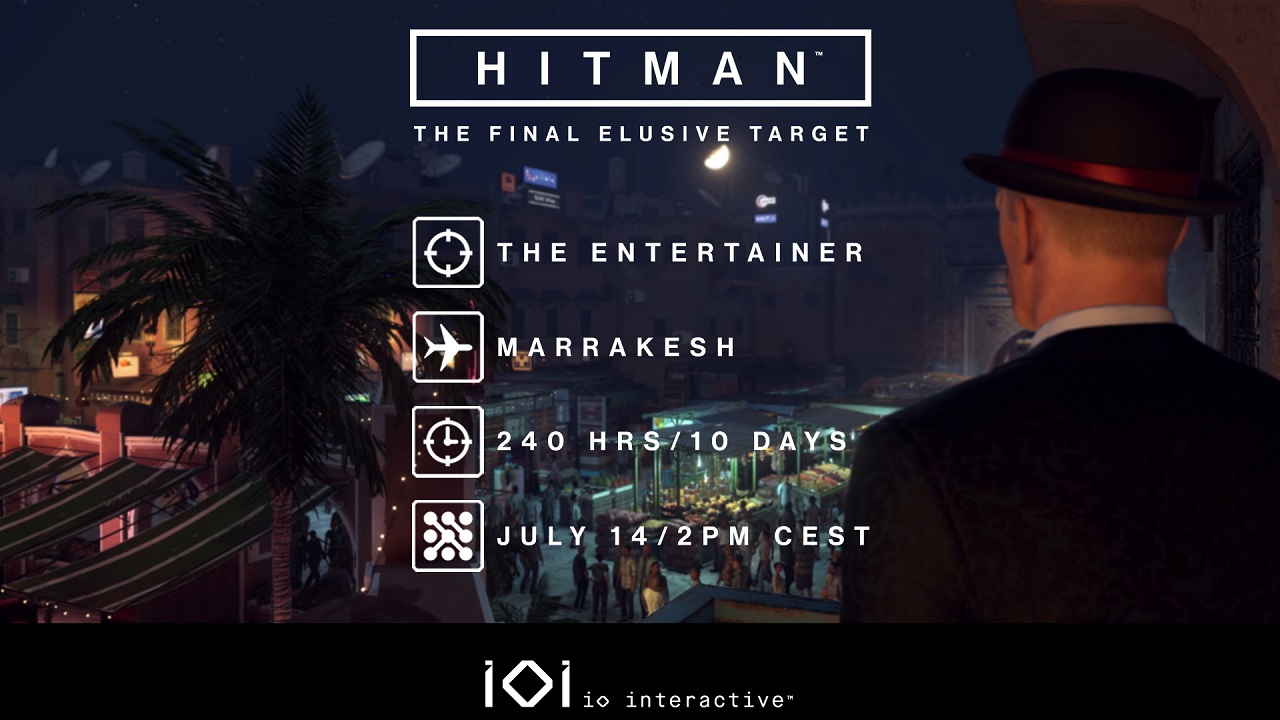 Additional details about rewards for eliminating Mr. Giggles (I can’t stop thinking about his name) are as follows:

If ET #26 is the first Elusive Target contract you complete in Marrakesh, you’ll earn the Summer Suit with Gloves for Agent 47. You will also earn the Terminus Suit if this is the first Elusive Target contract that you complete with the ‘Silent Assassin’ rating. Earning the ‘Silent Assassin’ rating will also count towards your progress for unlocking the Winter Suit. At this point, you’ll need to have already earned 4 Silent Assassin ratings from the previous 12 ET’s before starting The Entertainer to be able to unlock the prestigious Winter Suit via Elusive Targets.