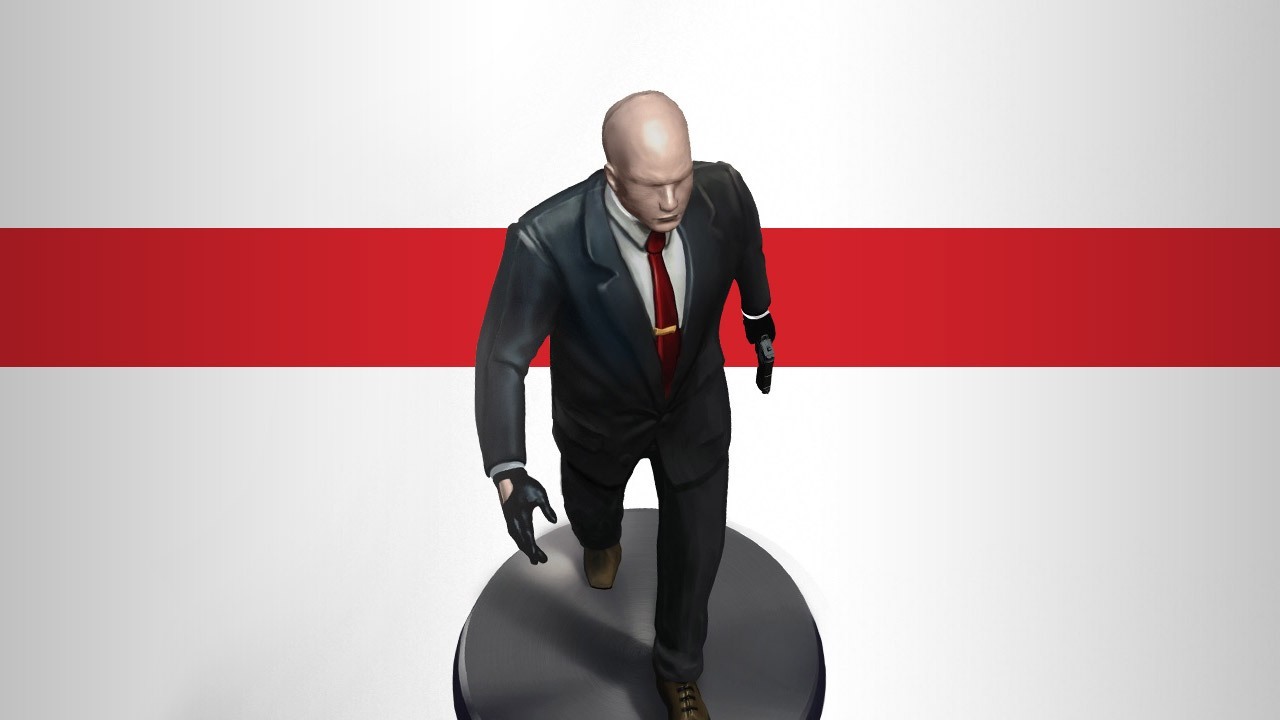 Hit Mango is a delightful game on mobile devices that involves punching juicy stone fruits of the genus Mangifera. But we’re here to talk about Hitman GO, one of Agent 47’s brief dalliances with mobile platforms. Similar to last year’s excellent Lara Croft GO, Square Enix Montréal did its damnedest to reduce the homicidal series to its finer points, polishing it down to puzzle-based perfection, all while adding a sleek board game aesthetic to the mix.

On February 23, Hitman GO: Definitive Edition came to PC, PlayStation 4, and Vita, and I’ve been testing out the PlayStation incarnations to see how well they translate to platforms other than phones and tablets. Since I had already played the original game on my mobile and knew it worked well with a touchscreen, I invested the majority of my time into the PS4 port.

And, with one notable exception, it’s a perfect fit for a controller.

Hitman GO eschews the free movement typically found in its source material, instead having players move the Agent 47 game piece (aww, wookit how cyute he wooks) with the directional pad. Each level looks like a diorama, and you are tasked with either reaching the other side of the board while avoiding obstacles or hitting mans killing a target.

The camera is typically positioned at a slight angle, something that makes determining which direction your Agent will move in when you press up difficult at times. This is even more frustrating when the camera swings around to give you a better view of things, but instead makes controlling Agent 47 even more chaotic. To alleviate this, you can tap the R2 button for an overhead view of the level, trading visual pleasure for a tactile benefit. The choice is up to you, which is nice.

As far as the port goes, the only other complaint I have is the load times are about one and a half seconds too long. That may sound nitpicky, but when I was restarting some of the more challenging levels toward the end of the game, I found myself wishing some of the extra processing juice in the PS4 had been allocated toward hastening the load times.

The simplistic aesthetic combined with a high frame rate looks incredibly pleasing, though you do lose some of the smoothness when playing on a Vita. The Definitive Edition is cross-buy and cross-save, so I recommend playing it on PS4 when you want maximum pretty, and Vita when you want maximum comfort (the touchscreen makes things easier, too). And while I haven’t played the PC port, but I’m assume it controls similarly to the former.

I have to agree with our orginal review: though I enjoy Hitman GO, I feel it is too focused on the contemplative, measured side of Agent 47. My fondest memories of the series involve complicated plans struck by the lightning of failure, where I had to scramble to find some semblance of recovery. GO, on the other hand, boils down to discovering the best route through every level. While that’s representative of the experience of players who go for Silent Assassin ratings (flawless stealth with ultra-precise violence), not all of us play the series to that level of perfection.

But! It’s still good. It’s still worth a play. And eight bucks ain’t a bad price, especially since the levels that cost extra money on mobile now come included. While I’m more of a fan of Lara Croft GO overall, I’m looking forward to the next project from Square Enix Montréal. I have no idea what it that, but I’m really hoping it’s Soul Reaver. Come on, you know you can imagine an isometric puzzle game where you use Raziel’s planeshifting ability.