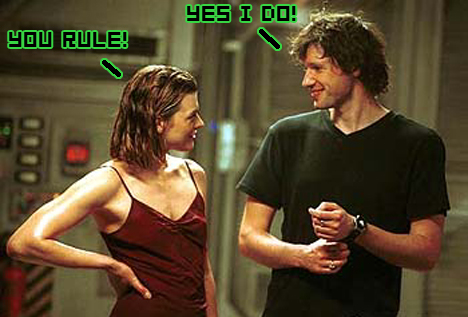 Man, you can almost taste the excitement. There is going to be another live-action Resident Evil movie, and Paul W.S. Anderson is “probably” going to write it! Can I hear you say Ho? Now Ho, Ho! Now Ho, Ho, Ho.

That’s right folks, according in an interview with the Sunday Sun (the newspaper? The celestial being?) Paul W.S. Anderson is “…writing an adaptation of the LONG GOOD FRIDAY right now, set in present-day Miami. Then I will probably write Resident Evil 4.”