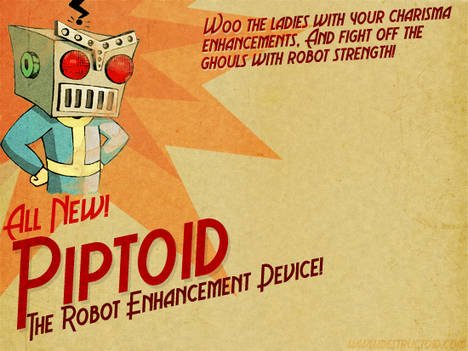 This week is apparently “make amazing Dtoid Wallpapers” week. First it was welkstar (which you can take a look at after the jump) and then dyslixec revealed his epic Dtoid Fallout 3 Piptoid wallpaper, which you can download through his C Blog. For more awesome Dtoid wallpapers, check out the giant collection all right here. If you have a wallpaper that hasn’t made the collection yet, just let me know!

Not much happened in the Community Blogs as a majority of Dtoiders were at PAX. There were plenty of PAX blogs, but that is going to be it’s own recap post going up later today. In the mean time, here’s the last two weeks worth of good blogs.

welkstar continues to amaze with his RetroForceGO! cabinet, a few of your favorite Dtoid editors make an apperance in Castle Crashers, mistic has some pictures from the Europe NARP, Chad and I have a Shark vs. Dolphin battle in the Cblogs and plenty more stuff happened in the community these past two weeks.

welkstar continues to be unbelievably amazing and showed us the latest on his RetroForceGO! cabinet project. He also showed off some art work and an amazing RetroForceGO! wallpaper. Plus, welkstar had a couple of control overlays he’s trying to work with. Which ones look good to you? 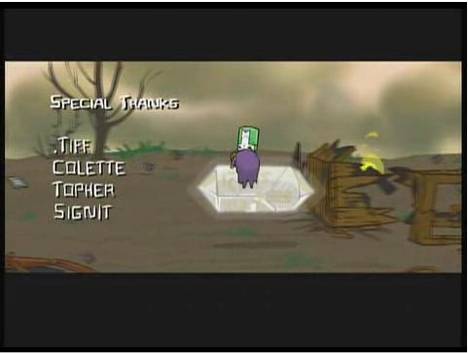 This is so awesome. .tiff, Colette and Topher get thanked during Castle Crashers’ end credits. I’M FRIENDS WITH CELEBRITIES!

dephect won one of our contests recently and received his Xbox 360 last week. It came a bit broken, but no RROD and that’s all that matters.

Some guy and Cheapy D were on a Podcast having verbal sex. Hot.

Bwark-Kupo took it upon himself and put together all of the music from Castle Crashers all in one spot. Everything about this game is so awesome.

Happy birthday shout out to Dryvby!

While a good chunk of Dtoiders were out having a shit ton of fun at PAX, mistic wanted to do something for all of the left over European Dtoiders. So they had a Euro NARP, which had an epic looking setup and quite a few Dtoiders made it out. Even a couple of German Dtoiders went to the England NARP! Mistic, you all did a fantastic job!

Rio McCarthy is at it again with her awesome craft skills. She’s getting ready for Christmas and has made over 20 custom Christmas Tree ornaments, each with a different videogame character on them.

In case you’ve missed it, .tiff has left the building. She will always be a part of the family and stay a part of this community, but she had to leave the editorial side and focus on her main career. Cowzilla3 made a good bye blog which promoted several Dtoiders to show their love for the .tiff.

pendelton21 felt things were a bit sad around here so he has created the fully 3D perler beads Mr. Destructoid. It took three hours to make and if you want, pendelton21 will make you some custom perler bead works through his Etsy store.

So, about a few months ago, I got the crazy idea of having a versus blog between myself and Chad Concelmo. Being as how we’re both lovers of amazing aquatic creatures, I figured it would be a good idea to have a top ten list battle against each other. The results turned out better than I expected.

Of course, I picked Sharks and Chad picked Dolphins. We both listed ten really good reasons as to why our creatures were better than the others and then we let you all decide who the winner was. Chad told me while at PAX that Sharks won out in the comments and I wasn’t surprised, honestly. I mean, come on! Sharks are of course better than Dolphins. DUH!

Following our blogs, a few of you decided to jump in with the whole top ten list battle. GuitarAtomik and aborto thefetus both felt that Dinosaurs were better than Shakrs and Dolphins. Um, hello? Did they not get the memo? Dinosaurs have been extinct for billions of years! Or thousands of years if you’re a Creationist.

Randombullseye stepped in and tried to settle both sides of the argument, but any list with Aqua Man for a good reason is instant fail. Nice try though, Randombullseye. And way to hide your blog, Scrixx. Yeah, that’s right. I SEE EVERYTHING!

Later in the day, Gynecologist Cobra came in and tried to tell us why Black People are better than Sharks, Dolphins and Dinosaurs … I’m not saying anything for fear of a lawsuit by Jesse Jackson.

The battle ended with dyslixec instigating a photoshop war, but of course, Sharks won out yet again.

There will be another blog from both Chad and I sometime soon and I to end this battle and I can say you won’t expect the ending at all.