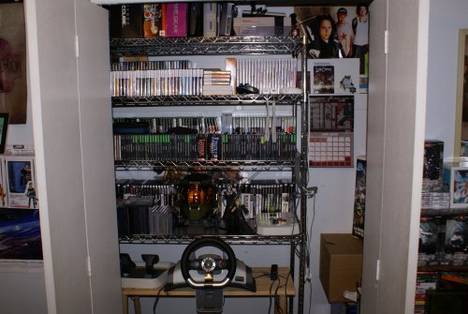 Hit the jump to see some community members share their Comic-Con stories, a couple of New York NARPs are going to happen in the next couple of weeks, Lark Ohiya has gone crazy, and plenty more happened within the community this past week. 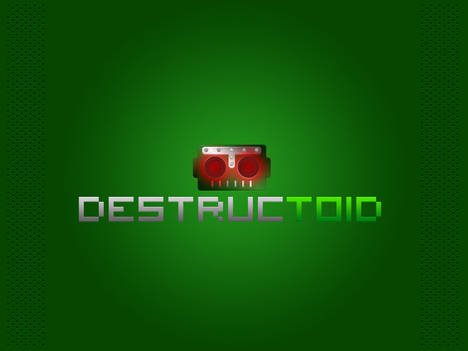 Lets start off this week’s Highlights with a new Destructoid Wallpaper! T-rav made a couple of wallpapers that you can snag from his blog and eventually on the main Wallpaper page.

It looks like tazarthayoot had a really good time at Comic-Con last week. Awesome.

power-glove wants to know if you’re a bad enough dude to save Mr. Destructoid. Well, are you?

Nintendoll continues to provide coverage of the monthly NAVA meetings up in New York. This time around, a lot of people brought in their collections to sell and Nintendoll made some delicious 1-Up cupcakes.

Sirinth showed off some of her amazing videogame cross-stitch. There are some Final Fantasy themed ones, Felicia from the Darkstalkers series, Kirby to many more. Sirinth’s baby also shows off some of the clothing she’s made and both the baby and patterns are adorable.

EarthbounderNess was hanging out with the Dtoid crew down at Comic-Con when he snagged a very awesome photo of Niero wearing an amazing little hat.

Rio got some stuff from Destructoid and as she has always done, she made a blog thanking everyone that sent her some treats.

This is easily one of the worst things I heard this week. AngelsDontBurn won’t be able to attend PAX this year. Real life and a brand new job are to blame. A handful of people have baled on PAX as of late.

Chad is a genius. He figured out exactly what caused the Earthquake that hit Los Angeles earlier in the week. It was the damn Skull Monster from Act Raiser. Fucking bastard.

coonskin05 got to go to a Midget Wrestling event and photo blogged the experience. I can only imagine what this must be like in person.

A certain Editor-in-Chief is doing some illegal things with his Nintendo Wii. FOR SHAME NICK CHESTER! WHAT WOULD YOUR WIFE AND CHILD THINK OF YOUR EVILNESS?!

Zen Albatross beat the final boss of college so his friend made him a delicious cake. That looks sooooo good.

aborto thefetus was also at Comic-Con and he scored himself a giant swag haul. From comics, exclusive Gears of War figures, to plenty more. Tons of pics on his C Blog. He also made a special version of his 10 Things I Learned blog and gives more details with what happened at Comic-Con. Did you know aborto was the one to ask Marvel if a new Marvel Vs. Capcom would ever be made?

Speaking of Comic-Con, A New Challenger also made an appearance at the Con and got himself some sweet junk. And a picture with Mr. Destructoid too.

Happy birthday to topgeargorilla! He got some presents including a hang over after drinking way too much.

Dtoiders, pedrovay2003 needs your help. A fellow Dtoider named Travis and good friend to pedrovay got in a really bad car accident that resulted in the lose of his legs. They found a hospital in China that can reverse the condition and potentially heal Travis but the cost is quite large. They’re asking for people to send some money if they can and help Travis out.

A couple of NARPs are coming up in the New York area. First up, Tino is hosting a party on August 9th. The second NARP is on the 16th and will be hosted by Zen Albatross. There’s also some free concerts taking place so go check out the New York Dtoid group.

Matthew Blake tried to get his parents to play some Portal. The results are pretty interesting.

Teta is one mighty talented fella.

randombullseye likes to draw things fast. Such is the case with some of his fast drawings on his blog of Big Daddy, Akuma, Mr. Destructoid and more.

Happy birthday to Gynecologist Cobra! You’re growing up so fast!

Geoff, I hate you for getting to actually meet Justine Joli. Nice cosplay, though.

That’s it for this week. Now leave some comments!