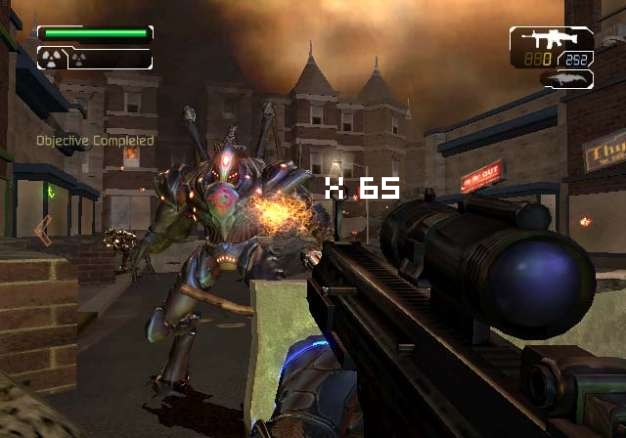 The crap that High Voltage gets the Wii to do is pretty amazing. Looking at The Conduit in person you can tell that they’ve accomplished some pretty amazing stuff on the Wii graphically. Time to call it day and ride out your glory until the end of time, right? Evidently not. High Voltage seems to have the idea that they can do even more on the Wii and will be presenting that more at this year’s E3, which, by the way is now only a month away.

Eric Nofsinger of High Voltage spoke about the upcoming E3 and admitted that they’d be bringing two new Wii games that will be pushing the console even further. “Our goal with The Conduit was to make a game that was the most graphically impressive for the Wii. Our goal with these [two] upcoming games is to do things that are very very rare, even on the 360 or PS3 … Some of the things we are doing with the sheer number of enemies on the screen and things like that, are very impressive. We’ve got a demo we’ll be showing there [E3]. The average number of enemies on the screen at any given time is 65 and then it goes up.”

65 ENEMIES ON THE SCREEN AT ONCE ON THE WII! Didn’t Red Steel slow down when more then two showed up? Of course it doesn’t have to be an FPS, he could actually be talking about an RTS. If that is so, I promise to give him a sharp jab to the face at E3 for bragging.

In-video response with fun accents after the jump.