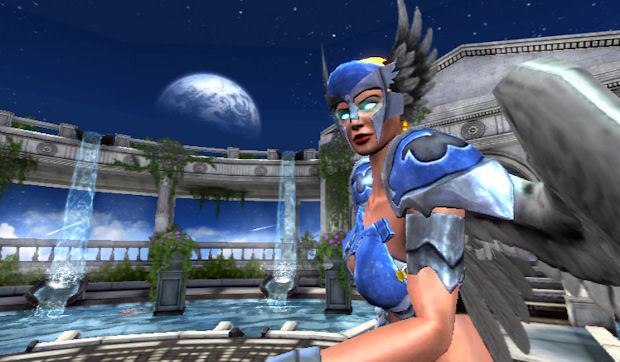 High Voltage, those guys who made The Conduit, has announced another Wii game. This time it’s Tournament of Legends. A 3D fighting game centered around gladiatorial combat, Tournament of Legends will support the classic controller, as well as offer full motion control.

Mythical beasts such as minotaurs will be among the many foes in this one-to-two player game. There will also be quite a selection of cool sounding combat abilities, such as the power to summon man-eating lions or throw batches of venomous snakes. Great stuff.

Sounds like a promising little Wii game. I’m sure it’ll be just as successful as the last one.

LONDON & SAN FRANCISCO (February 3rd, 2010) –SEGA® Europe Ltd. and SEGA® of America, Inc. are excited to announce a new project in partnership with developer High Voltage Software – Tournament of Legends™. Exclusive for Wii™, Tournament of Legends is scheduled for release in May 2010.

Tournament of Legends offers a 3D fighting experience for one or two players, featuring a host of fighters based on legends from world mythology: the Minotaur, a powerful Gladiator, a mighty Valkyrie and other well known and awe-inspiring characters. Take these fighters to epic battles in fantastic fighting arenas where the combatants wield legendary weapons, launch magical attacks and dodge giant mythological creatures that protect their lairs. Master a range of incredible combat moves; including unleashing a man-eating lion, summoning a deadly rain of arrows and throwing a nest of venomous snakes.

Tournament of Legends strives to offer even the most sophisticated Wii gamer a rich weapon fighting experience. Players will be able to switch weapons and enchantments with other characters, or compete in various Wii Remote™/Nunchuk™ controller challenges which include dodging giant mythological creatures, or restoring health and armour during fights. The game also features an Interactive Training mode and supports the Classic Controller™.

“Tournament of Legends is bringing a unique concept to Wii” said Gary Knight, European Marketing Director at SEGA Europe. “Facing off against these legendary characters is a powerful experience, while dual wielding the Wii Remote and Nunchuck makes arena fighting more intuitive and the face-off with your friends even more competitive!”

“With Tournament of Legends, we want to take Wii weapon-based fighting to a bigger place. Along with a wide selection of blade weapons and animated magic attacks we’ve achieved rich graphical effects and detailed, epic characters with the Quantum 3 engine. The mythological characters are some of the biggest 3D playable characters on Wii.” said Eric Nofsinger, COO of High Voltage Software.

Tournament of Legends is set to release in May 2010 exclusively for Wii.