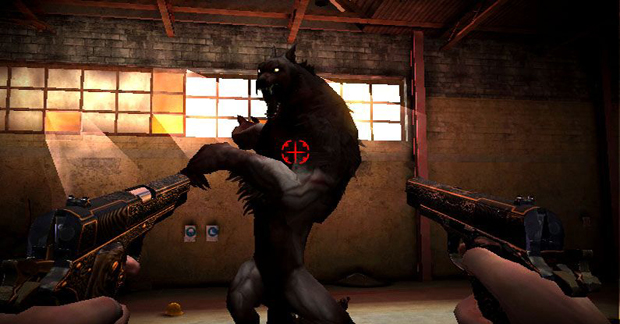 High Voltage Software’s Wii-exclusive co-op shooter The Grinder has been set free! As revealed by president Kerry Ganofsky in an interview with IGN, the studio plans to make its newest game a multiplatform affair. That’s PC, PlayStation 3, and Xbox 360 in addition to the already-announced Wii version.

Huge news, but not completely unexpected. Back at E3, our very own Jonathan Holmes heard straight from the source that if a publisher were to give High Voltage the money required to make The Grinder accessible to all, they’d be all over such an opportunity. And yes, I did reuse his picture. It’s a damn fine image!

Don’t walk away just yet! There’s still stuff to talk about yet. IGN also scored a teaser trailer for the game, which is viewable here. And a release date! They’ve got one of those too: Halloween 2011. The Grinder was already on my radar, but I’d be lying if I said today’s news didn’t bump it up a few notches.