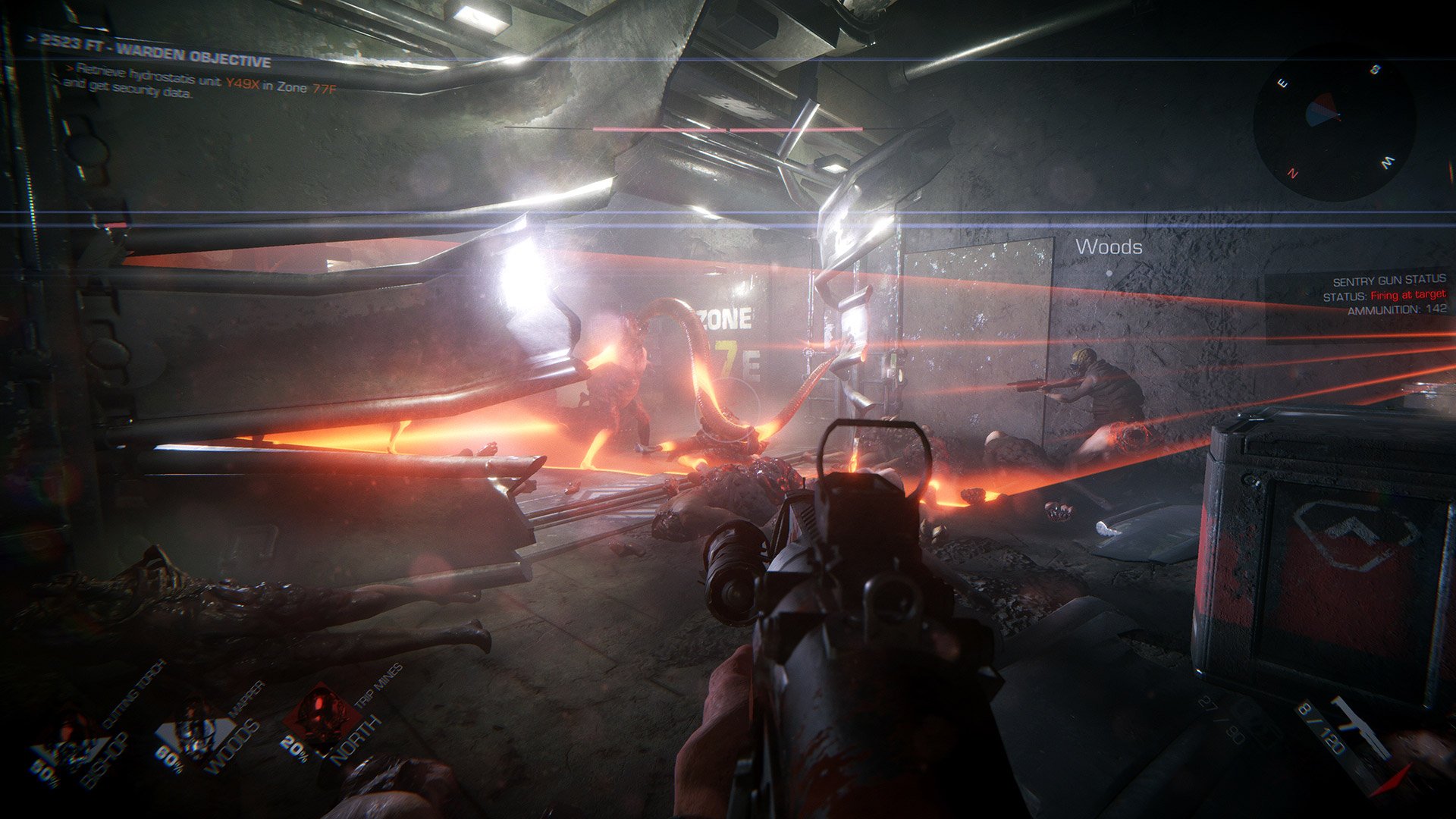 But first, a beta test

GTFO is a horror-leaning cooperative FPS from some of the people behind Payday: The Heist, and it looks stressful – like, the good kind of stressful. The kind that makes you cherish quiet moments.

10 Chambers Collective is almost ready for GTFO to launch on Steam Early Access on December 9, 2019. Until then, here’s a refresher that doubles as a case for why Early Access is probably the right call.

As the video makes clear, you and your three fellow players will be funneled into a monster-filled underground complex with too few bullets and gadgets to ever truly feel safe. The deeper you go in GTFO, the more you’ll need to coordinate and ration your supplies to stand a chance of surviving.

GTFO is using a system called The Rundown to shepherd players into different parts of the facility. Expeditions will stick around for a finite amount of time, at which point they’ll be cleared out and a new set of missions will replace them. In essence, it’s a way for the creators to keep things fresh.

As an example, while it pays to be cautious (what with all the creepy-crawlers slinking around), “there will be expeditions that are designed to not focus on stealth, where you will get more ammo,” the studio said on Twitter. “Although then you can expect more angry enemies too! GTFO will never be easy!”

According to 10 Chambers founder Ulf Andersson, the game’s Early Access run is meant to help the team figure out “How many expeditions should be in a Rundown versus how long it lasts, what kinds of flavors different expedition can have, etcetera. It will be a period of trials and experimentation that we think will be very interesting for the hardcore co-op gamer crowd.”

If you’re curious, a beta test for GTFO is coming before the Early Access release. Sign up here.