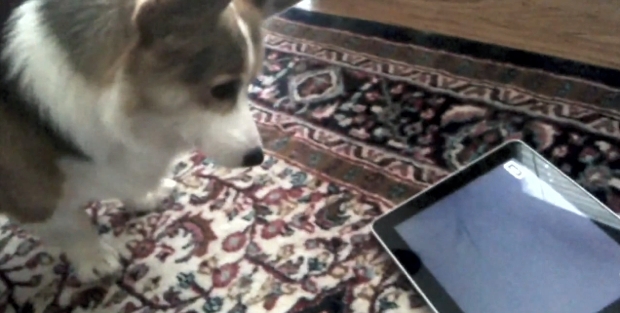 There have been rumors about a high-resolution new iPad flying about for some time. Now even the Wall Street Journal is getting in on the action. A source tells them that we should expect the iPad 3 for 2012, and that trial production begins in October. One component supplier says that Apple has placed orders for parts for 1.5 million iPad 3s.

The kicker with this one is its 2048×1536 resolution for its 9.7 inch screen. That’s going to make your current iPad look like ass, folks. Look at it this way: the iPad 3 would have a higher resolution than the lovely screens on a 17″ Macbook Pro. Actually, the resolution would be about the same as Apple’s super high-res 27 inch, 2560×1440 LED Cinema Display.

I can’t wait to see how games look on that. And corgi blogs. Speaking of, watch this video where a corgi shows how much he hates Apple’s tablet.