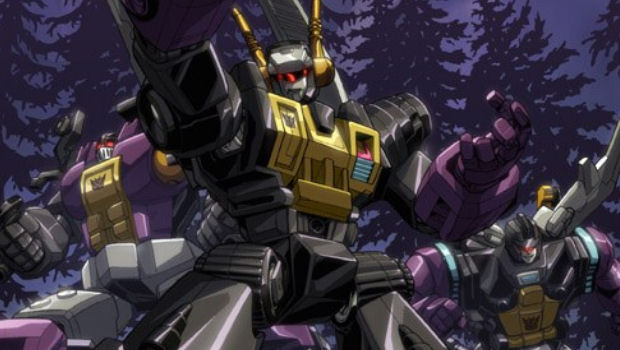 War for Cybertron is being published by Activision, and Activision games love downloadable content. Stands to reason that War for Cybertron will have DLC, right? It’s more or less inevitable, but High Moon Studios can’t confirm it. Nor will the developer deny it, either, so it’s basically a sure bet.

“We are yet to reveal our DLC plan,” explains director Matt Tieger. “We’re still under wraps on that. That’s not a no, it’s just that I can’t yet talk about our DLC. What I am allowed to say is that you could take a pretty good guess by looking at what Transformers things would be good for DLC but I can’t verify any of that.”

Fair enough. At this point, I suggested that High Moon should definitely consider the Insecticons, revealing my shameful fanboy love for all things Decepticon-flavored. Tieger than confessed that he had some hard choices with some of the more obscure characters like the aforementioned insect-based robots.

“Since you’re a fan, how many interesting Tranformers are there? Hundreds, right? And they’re all interesting in very very different ways, and it was not easy to select who made it and who didn’t, so I’m not gonna tell you yes or no on those particular guys, but it was really tough because there’s loads of guys who I like who aren’t in the game because I like so many of them.”

It’s cool that the game’s director is such a Transformers fan, and I definitely understand the frustration. After all, will I ever get a game starring Astrotrain, Tracks, Sunstorm, Acid Storm, the Insecticons and Vortex? Highly unlikely. On  that note, what would your own wishlist be for Transformers DLC?