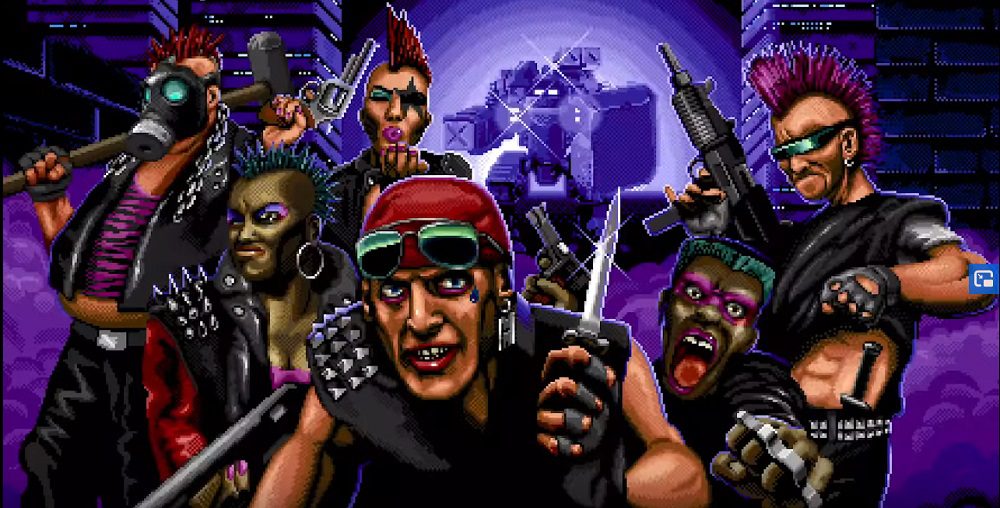 Do y’all remember Huntdown? The cyberpunk shooter first made its presence known back in 2017, where it turned heads with its old-school-cool looks and ballistic action, but then things went a bit quiet for a couple of years. Well, it seems that shit’s on, as publisher Coffee Stain has announced Huntdown will finally launch on PC and consoles May 12, 2020.

Developed by indie outfit Easy Trigger Games, Huntdown pits one or two players as bounty hunters against a city full of dangerous gangs of perps, each individually themed in classic The Warriors style. Gameplay consists of frantic run ‘n’ gun action, with players forced to blitz from cover to cover, taking on all-comers with a heavy arsenal of weaponry, while prioritising targets and enemy movement patterns with second-to-second planning.

When I played Huntdown way back in 2017, I found it a breathless and very challenging arcade title, one that is quick to punish recklessness but packed with high-octane action. It’s been over two years since then, and it will be interesting to see what Easy Trigger has brought to Huntdown‘s wild gameplay in that time. I mean, the world could always use a new Elevator Action Returns, right?

Huntdown launches on PS4, Xbox One, Nintendo Switch, and PC (via Epic Games Store) on May 12.