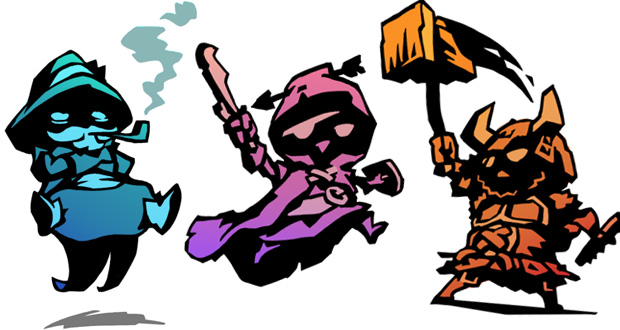 How the Rogue in Delver’s Drop came to be

Throughout gaming history, there are many examples of iconic visual design and of characters and worlds that have transcended the limitations of their medium to become cultural icons. Gamers of all ages know the happy little plumper with the red shirt and blue overalls who fancies jumping about. Many can also remember the feeling of rushing through the lush hills, waterfalls, and chequered earth of a tropical isle, all while trying to collect as many rings as they can.

Nowadays, developers have more options than ever, allowing them to really make any kind of game that they could dream up. So, why would they want to stay in 2D, when all of these 3D routes are available to them? More importantly, what kinds of decisions go into creating a character or a world? When I got a chance to speak with the guys from Pixelscopic, they shared with me their insight on developing for 2D and character design. 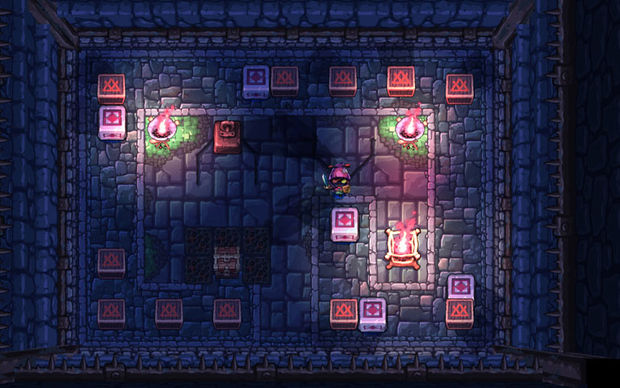 CEO, co-founder, and engineering director for Pixelscopic Coby Utter was the first to chime in about some of the inspirations that led to Delver’s Drop’s 2D world:

“I was heavily inspired by the Vanillaware titles that came out in the PS2-era: Odin Sphere and Muramasa. You can do really amazing things in 2D, with current technology and hardware. So the whole point was to be able to make 2D stuff that’s very high-definition and that’s pretty much sexy in every regard. That was prime directive from the beginning.” 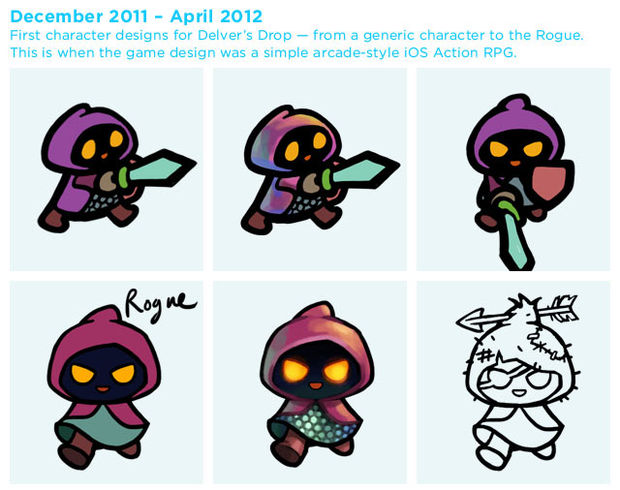 Looking at the visual design of Delver’s Drop, clearly a lot time and effort went into creating the feel of this dark and foreboding world. Creating a character to match, and that the player could connect to, was going to be a challenge. Vision director Ryan Baker shares some of what went into the process of creating Delver’s lovable little Rogue.

“I wanted to have a set of different character classes that you can connect to them, without having to worry about what their faces look like and whether it’s a cute looking Anime character or a more serious realistic face…all that stuff goes away if you just put their face in shadow. I wanted the glowing eyes and mouth for a bit of personality.” 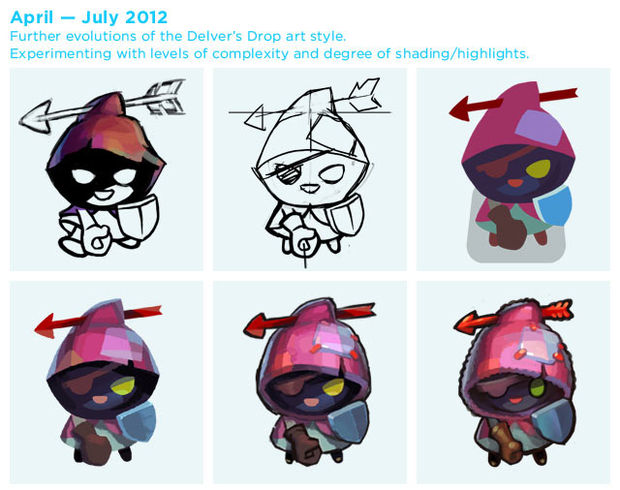 The limited color palette of Delver’s Drop helped to draw me into its dark and perilous castle of horrors. Ryan shared the reasons behind their decision:

“Part of the decision for the fewer color numbers, and the sharp edges between the highlight and shadow, [were] partly pragmatic. If you’re going to animate any of those frame by frame, it’s much easier to do that if you have distinct color break. I think it actually looks better because your highlights look sharper and poppier, so you see things better on screen. But it also is time saving.” 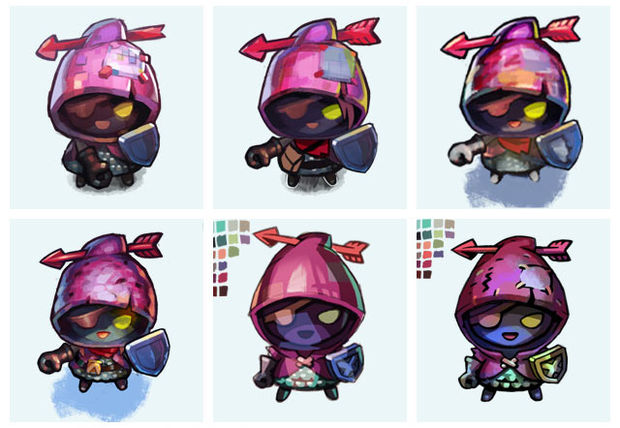 “When I started working on the tile sets, and I painted some and had some shading, they just looked a little muddy or too fussy, and it was taking a long time,” he said. “So, as I moved back towards these fewer color numbers I realized that it looks really crisp, like pixel art.

“If you go back and look at anything with that limited color palette, something you learn because I used to [use] too many colors…you realize that things actually pop a lot more and just look really attractive on screen if you use fewer colors and just do a sharp break between a highlight and a shadow.” 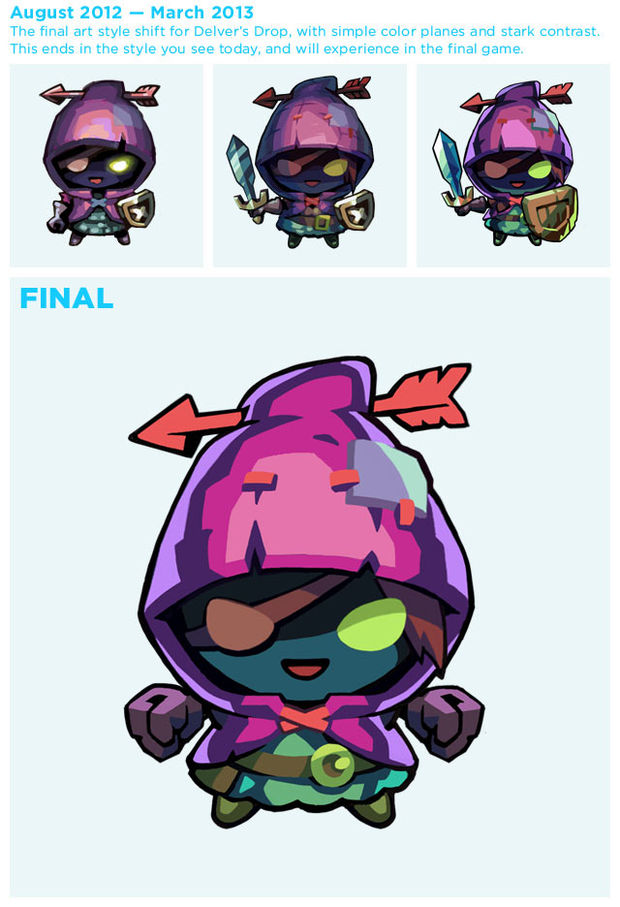 “Simultaneously, [for] all these pragmatic reasons, but also trying to make it look like HD pixel art…but not using pixels,” laughs Ryan. “As crisp as pixel art and has a similar aesthetic, if you just look at it at a glance. That same kind of poppy, Super Nintendo-era really vibrant, crisp feel.”

Vibrant and crisp is really the best way to describe the visual design of Delver’s Drop. Pixelscopic has embraced all the advantages and limitations that 2D has to offer and now is looking to bring something interesting and different, while still paying reverence to its progenitors. I can’t wait to give this high-definition art a closer look.