It’s hard to believe, but the Metal Gear franchise is 25 years old this year. To celebrate, Konami hosted a brunch and roundtable interview with series creator Hideo Kojima in Washington, DC, to speak about the series’ history, its impact, and how it feels to have the title featured in the Art of Video Games exhibit at the Smithsonian.

During the two-hour interview, Mr. Kojima (through his translator, Kojima Productions’ associated producer Sean Eyestone) discussed making games with global appeal, how Snake wound up in Super Smash Bros. Brawl, what considerations were given to the PSP spin-offs for the HD collection and why MGS1 wasn’t included, and everything else in between. 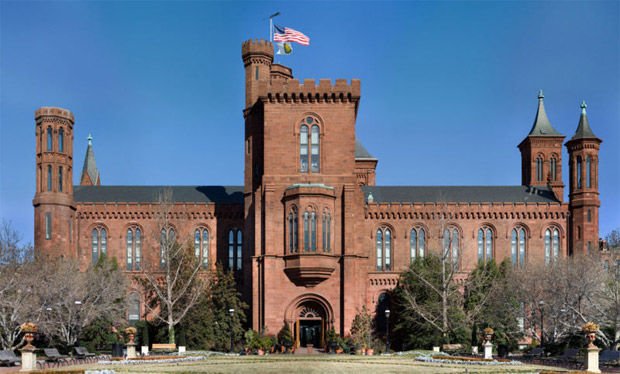 “This is actually my first time in Washington, DC,” Kojima began. “For MGS2, we did a lot of research trips, and a lot of the staff came to Washington, DC, to gather materials and things like that. Unfortunately, due to various circumstances, I wasn’t able to come,” he said, relating how happy he was to finally be in Washington, DC, after all that time. “I’ve always wanted to go to the Smithsonian Museum as well, and also to the Spy Museum. I haven’t been there yet, but being here in town, I’m really looking forward to it.” He laughed as he explained “I want to see the real ‘Kiss of Death.'”

I admit, it was kind of cool to think that the man who brought espionage and stealth to millions of gamers would be wandering around DC’s Spy Museum, checking out all the gadgets and getting ideas for his next title. However, this was only the beginning: “Last night, we took a look at the exhibition The Art of Video Games, and seeing videogames highlighted in such a big, respected museum is really an honor, and I’m very happy to see that happen.” He explained that, after arriving the day before, he had a chance to walk around Washington and look at the cherry blossom trees, ironically a gift almost 100 years ago to DC from a town in Japan near where Kojima grew up. “Right now may not be the best time for Japanese games in America, but someday, I hope to see Japanese games like those cherry blossoms trees bloom, see Japanese games really thrive here in America.”

When asked to elaborate on his opinion of Japanese games and the influence of Western culture, especially on the Metal Gear series, he remarked, “When I made Metal Gear Solid 4, I wasn’t thinking, ‘I want to make this like a western game,’ I just made the game that I wanted to make and it kind of came naturally as an evolution of the gameplay.” He then explained that, while he admits that Japanese titles don’t seem to have as much dominance in the market as Western games are gaining ground, “I don’t think the era of Japanese games is over; I think we can recover from this, to get back up to a competitive level, both technologically and in other ways. When I talk about cherry blossoms, I hope that, moving forward, the game industry in Japan recovers and blossoms once again. I don’t want to break this down to where it’s a thing like ‘Japanese vs. non-Japanese games.’ With these games, I think the key is really to make it a global game, something made for everybody and a symbol to get rid of all these barriers and create games that everyone can enjoy.”

Kojima then spoke of how the globalization of games also related to his own Kojima Productions team. “I’m influenced by a lot of Star Trek. When I think of my studio, I think of it like the Starship Enterprise. The Enterprise had a lot of people from all races and even aliens (laughs) like Vulcans on the ship. I want my production team to be like that. This is my Enterprise, it jut happens to be that the Captain is Japanese, and the ship may have been manufactured by Konami, but it’s a multicultural staff.”

When speaking of Star Trek and science fiction in general, Kojima visibly lit up. You could tell it was a favorite subject of his, and he related it to his designs of the Metal Gear units themselves. “I’m always interested in sci-fi and things like that. In Japan, we have a lot of robot anime, so as far as the design aspect, it was heavily influenced by that type of aesthetic.” However, Kojima was quick to stress that the Metal Gears weren’t designed just to be cool-looking robots; he also wanted all the minute details of the units to be grounded in the real world. “If you look at the Metal Gears, the first impression you might have is that the profile is a very anime or manga type of mech, but if you look closer, there are a lot of details that make it feel real. Every little piece on it has a reason, like vents and things like that. A lot of thought is put into those real-world details to make it as real as possible. If you look a lot closer, I think you’ll see a lot of interesting things.”

Continuing on his realism trend, Kojima expounded on his desires to include as much realism as possible in his titles, such as the story ties to the Cuban Missile Crisis and disarmament tensions from the Cold War. To him, nothing was taboo. “As much as possible, I really want to bring real-life issues to the forefront, so I’m always pushing for that. But of course, at the same time, it has to be something that’s fun. I think that I always want to push the envelope, and the game we’re working on right now is actually dealing with quite a few issues that I feel are pretty delicate and taboo. I’m not sure if they’ll end up being in the final plot or not, but that’s something I want to continue to strive for.” 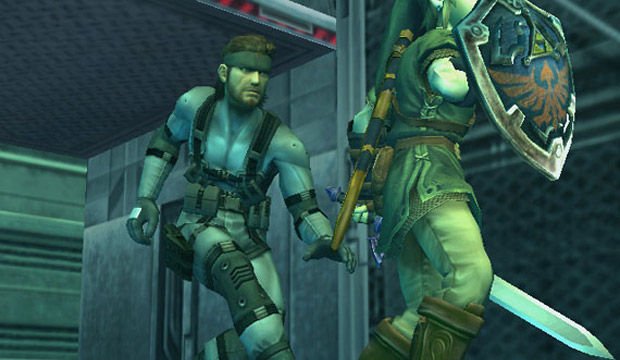 The creator of Metal Gear clearly loved talking about his most beloved TV series, and often drew parallels to the series and his other love: films. “If you look at the original Metal Gear, [Snake] was a very silent type of character, he didn’t speak much, and part of the reason for that was, with that hardware, we were unable to make a character speak. If you were to compare it to movies, the original Metal Gear was like the silent film era, and Metal Gear Solid 1 was when it became ‘talkies.'” Kojima then explained that, because the hardware was evolving, so too could Snake. “Metal Gear Solid 2 was the next step in his evolution where he now had emotion on his face, and we did things like motion capture to try to make things realistic and believable. That was the next stage in his evolution. In Metal Gear Solid 4, we were able to get more resolution, we could add more detail to the faces and add things like wrinkles, so we could add the aspect of age to the equation, like we were telling a story through wrinkles,” he laughed.

Naturally, when a popular character evolves that much, it tends to becomes iconic. However, it was Kojima’s own son that wondered why his father’s protagonist wasn’t selectable in a game they often played together, Super Smash Bros. His son said to him, “There is no character that YOU made in that game!” Kojima took that notion to heart and decided to approach Nintendo to add the character to the next iteration of the fighter. “Even though we did make Twin Snakes for them, there hasn’t been a lot of Metal Gear on Nintendo platforms, so from my perspective, I thought it was a good way to expose younger people to this character of Snake. I’m actually good friends with the developer of Super Smash Bros. Brawl, and I talked to him about this possible idea of including Snake, even though it had at that point been primarily associated with PlayStation. It was a little difficult, but I was lucky that he allowed me to actually put Snake in the game.” 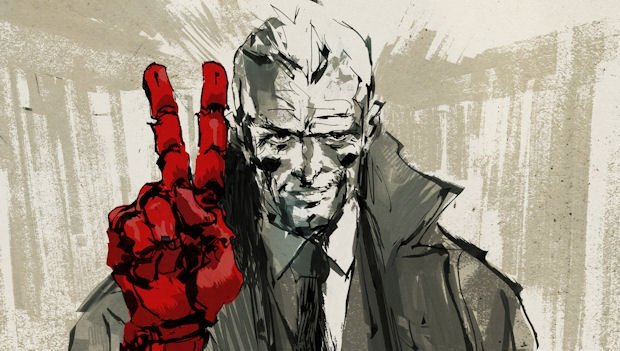 Since Twin Snakes was brought up, I felt I could ask why it, or any version of the original MGS for that matter, had not been included on the recently-released HD collection. Kojima explained that just slapping on a coat of high-res wasn’t going to make either iteration of the game look better in HD. “The polygon counts themselves are just too low, so it really wouldn’t have made that much of a difference. Especially since Metal Gear Solid 1 is the most respected game in the series, I want to make sure it’s done right. If I’m going to re-release or remake it, I want it to really be along the scale of something like Metal Gear Solid 4, that kind of quality, a true remake. That said, I don’t have time to personally do that remake, so I’m always looking for someone who could help me do that.”

Speaking further on the HD collection, it was asked why, out of all the PSP spin-offs, was Peace Walker the title included in the collection. The answer to that was simple: “Even though Peace Walker doesn’t have a number attached to it, in my mind, that game is along the same class as the numbered chapters in the series. Metal Gear is a game that has always evolved along with the hardware, so whenever the hardware improves, Metal Gear takes that next step.” He explained that the evolution of the MGS games was a vertical one, where it’s always going up technologically, but after Metal Gear Solid 4, he wanted to change things up a bit and expand his audience while still expanding the storyline. “In Japan, PSP is very popular among people in their teens or younger, and so that’s why I tried to branch the series out more horizontally. So even though, technologically, it wasn’t the next step, it was the next step in terms of expanding the series, and so that’s why we included it in the HD collection.”

While we couldn’t speak on the upcoming title Metal Gear Rising: Revengeance, the subject of spin-offs got me thinking about the other characters in the mythos, and I asked if there were any that Kojima would like to see get their own games or otherwise get a more detailed exploration, like Otacon or The Boss. “Otacon, doesn’t really do anything, you know? (laughs) It’d be pretty hard to make a game based on him. But I think The Boss is a very interesting character, and I’ve spoken about this before, I really want to make a game based on The Boss, and I think there’s a good possibility there.” 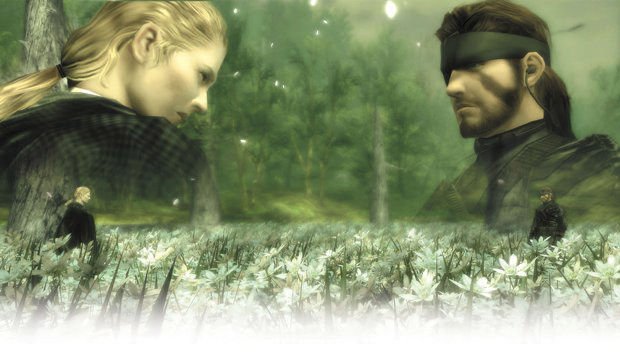 Kojima closed out the afternoon with some words of wisdom for budding game creators who wished to follow in his footsteps: “Do things other than [play] games; look outside of games for inspiration. Experience new things and try to take that experience and that unique view of things and apply that to games to make a completely new type of game. It will be very hard, I think, for game creators to fight with these big, established franchises out there using this approach, but I really hope that people will be innovative and pursue new ideas.”

Finally, to end on a high note, Kojima was asked what he thought, over the last 25 years, was his biggest “failure.” Kojima replied with a smile, “My biggest failure is having Metal Gear sell,” to which everyone laughed. “My biggest failure and my biggest success.” And with that, he left to check out the Spy Museum.

Special thanks to Mr. Kojima, his translator Mr. Eyestone, and Parnaz Taheri at Komani for inviting us out for this once in a lifetime interview!